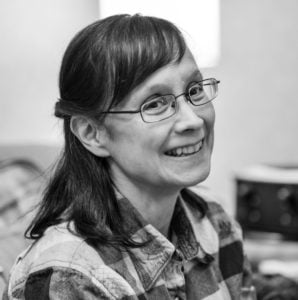 Ellen grew up around the Southern NJ and Philadelphia areas and now lives near Ottawa, Canada. She has written 12 books (four of which are award-winners), contributed to 15 others, and has written hundreds of articles for print magazines and websites. She served as president of the Catholic Writers Guild from 2012-2015 and composed articles and press releases for a small non-profit from 2015-2018. When she’s not writing, Ellen enjoys spending time with her husband of 40 years, her extended family (especially her two-year-old grandson) and researching her family tree.

As a StoryTerrace writer, Ellen interviews customers and turns their life stories into books. Get to know her better by reading her autobiographical anecdote below

As a child and teenager, I was always the shortest student in my class. Born at only four pounds, 10 ounces, I never seemed to catch up with my peers in height, and I was constantly mistaken for a younger child.

My family moved to Philadelphia in August of 1969, when I was ten years old. I was nervous but excited to start fifth grade at my new school and had worked hard to achieve good marks from first to fourth grade. My favorite subject was spelling because it came easy to me. When I arrived at St. Richard’s School for the first day of classes, lay teachers and sisters stood in the school yard holding signs with each grade on them. I proceeded to the line with the fifth graders, my head at a level below all the other students in my grade.

A surprising tap on my head caused me to turn. There, towering over me, was a sister dressed in the blue habit of the Immaculate Heart sisters. She took my hand and said, “You don’t belong in this line, young lady. You belong with the first graders.”

My mouth fell open and I started to panic as I thought that I might have to attend four grades over again. At first, I couldn’t speak. I tried to think of something that would convince the sister that I really was in fifth grade. Maybe I could spell a word for her that some adults couldn't even spell.

My heart started pounding when we reached the line of first graders. I pleaded with the sister, “I’m not in first grade; I’m in fifth, and I’m ten years old. I can spell rhythm, r-h-y-t-h-m, rhythm.”

The sister’s eyes widened, and she stepped back. “That’s very good. What’s your name?”

“Ellen Gable. And I’m new to this school.”

She straightened. “Very well. Let’s check this out at the office.”

I prayed all the way to the office that I wouldn’t have to repeat four grades.

Thankfully, the secretary in the office was able to confirm that I was, in fact, ten years old and registered in fifth grade. The sister – who I learned later was the principal of the school – apologized and told me to return to the fifth-grade line. In a tone warmer than before, she leaned down and whispered into my ear, “You’re such a cute little girl. Always remember that good things come in small packages.”

I was so relieved that I would not have to start school all over again. And it would not be the last time someone said to me, "Good things come in small packages." 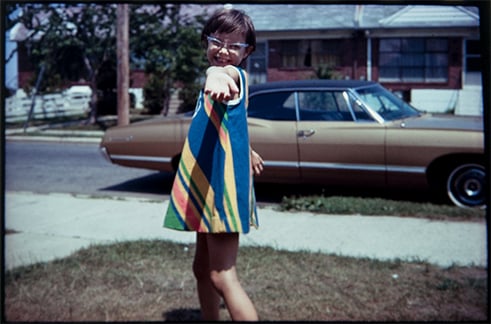 Start working with Ellen G H today!
Get in touch