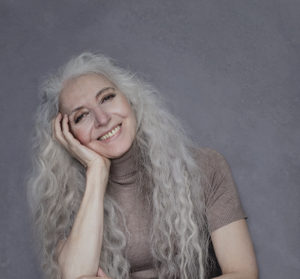 Alex is an academic, model, fashion activist and writer. She has recently published a book about contemporary fashion in Indonesia, and is currently researching fashion, embroidery and social integration of refugees. Of Italian origin, Alex was schooled in Italy and in the UK and studied for her degree(s) in London, obtaining a PhD in Art History and Archaeology from SOAS, University of London. She has travelled extensively in south and southeast Asia, and lectured at several universities in the UK and Europe.

As a StoryTerrace writer, Alex interviews customers and turns their life stories into books. Get to know her better by reading her autobiographical anecdote below

It was mid-September, my first day at primary school. We lived, at the time, on the outskirts of a large city in the South of Italy, where my father had been transferred from cold, northern Milan.

My mother loved the warm and sunny autumnal weather. She wore skimpy summer dresses and high heeled, dainty sandals, unlike local women who, come September, would don jumpers, court shoes and stockings because it was “already autumn”. With her bare and tanned long legs, my mother stuck out like a sore thumb.

I often secretly wished she were “like all the other mums”. I hated the fact everyone would always notice her and ask her whether she was by any chance the actress they had seen in ***. She would coyly reply “Oh no, it was not me, I gave up acting ages ago” and, of course, she invited even more questions because she had known famous film stars – or so they all believed.

I had on my gorgeous white apron, ironed to perfection, a lovely pink bow tied at the neck, white socks and shiny black shoes. I carried a brown satchel containing a lined notebook, a colourful pencil case with crayons, a blue biro, an eraser and a sharpener. Everything was brand new and I loved the leathery smell of my satchel.

My mother walked me to the school, an imposing old building, one of the largest primary schools in the district. On the first day of its reopening confusion reigned supreme. The teachers were lining up the older pupils, who quickly disappeared in Indian files into their newly assigned classrooms.

But for us infants it was chaos. The girls were separated from the boys and directed to a different entrance. Mums were going in with them. My mother held my hand tight, but I could not wait for her to leave me there on my own. Some little girls were in tears and clung to their mums, repeating “No, no, please!” I looked at them askance. What were they crying like that for? Such babies! I felt grown up and important.

My mother began talking to a petite, pretty woman wearing a green woollen jumper, the mother of a little girl called Cecilia, who sported a thick black plait and had long eyelashes. I thought Cecilia’s hair was beautiful, unlike mine, which was light brown and cut in a bob – my mother always thought shorter hair was more manageable.
Our mothers were trying to figure out, in all the chaos and din of voices, which classroom they had to take us to. At some point, I let my mother’s hand go and began to run ahead. “Chiqui stop, that’s not your classroom” she said and quickly moved towards me.

I froze then hissed “My name is Alexandra. Don’t you ever call me Chiqui again.”. She and Cecilia’s mother, who was following us, looked at each other and burst out laughing. They managed to deliver us to the right classroom, after asking another mum. The teacher was there at the door to welcome us, with a list of names in her hand. “This is Chi.. sorry, Alexandra and this is Cecilia” said my mother. Then she left, accompanied by Cecilia’s mother, both of them waving at us.

It was my first day at primary school and it marked a turning point: from that day on, my nickname Chiqui was forever dropped. 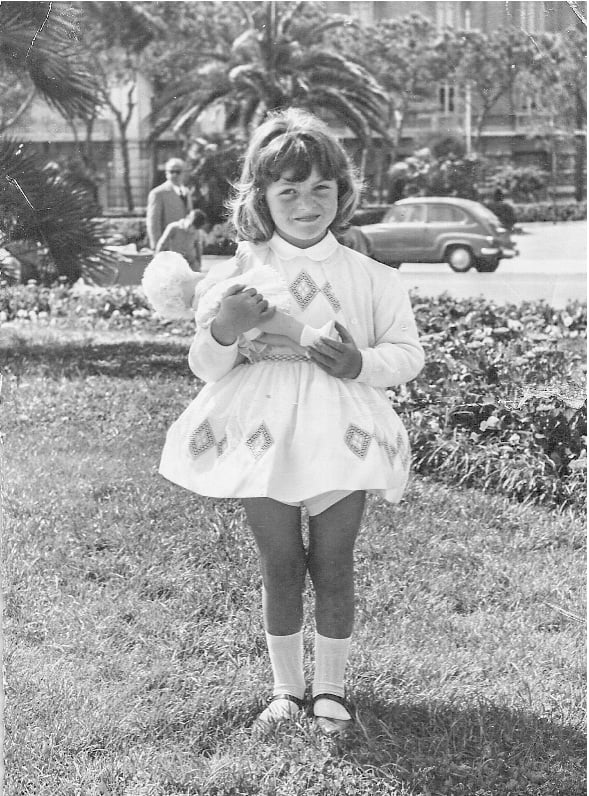 Start working with Alex B today!
Get in touch