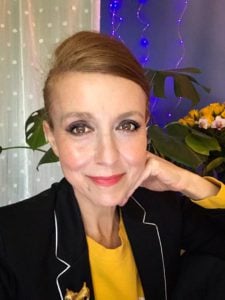 Kathryn wrote her first story at age five. Her favourite subject at school after English literature was history but she was more curious about the people who never made it into the history books. Who would write their stories? She's gone on to write and teach writing and has helped people start writing through creativity coaching and understands how daunting writing can be. This shouldn't stop anyone from getting their story on the page and she'd love to help you write your story. Kathryn is the author of Palimpsest, a novel; holds a Master of Philosophy degree in Creative Writing; and leads workshops on Stoic journalling, memory writing, meditative and therapeutic writing, and writing to leave behind a legacy.

As a StoryTerrace writer, Kathryn interviews customers and turns their life stories into books. Get to know her better by reading her autobiographical anecdote below

Me and my ballet teacher

There are three things I will tell you about my ballet teacher.

The first thing about my ballet teacher is that she owned a Kombinations-kraftwagen (or Combi van as we called it Down Under) in a kind of orpiment orange. It was the most unlikely vehicle to transport a group of baby ballerinas to eisteddfods and Royal Academy of Dance examinations. From the outside, you couldn’t see our tutus and glitter so it must’ve looked like our Fraulein Dance Mistress, dressed in a skirt suit uniform to match the pigment of the vehicle, was transporting us to camp.

The second thing about my ballet teacher is that she disapproved of non-Balanchine bodies. You know, the pedigree breed of Ballerina: long, lissom, and limber. Now, I was bred from an ancestry of women who were built to hike over miles of mountainous terrain with milk pails and goats or something like that and who were built to birth many children - and I had the girth to show for it. It was quite obvious—even at three-and-a-half years old when mother first pushed me into Mrs C’s church hall—I was destined to be more Marge than Margot when I grew up.

The third thing about my ballet teacher is that she disallowed interruptions of any kind during class. She wouldn’t budge, even if, say, I wanted the toilet. Once the class had begun and I’d shuffled to the barre and I’d rearranged my tiny pink paws—first my right to point to two o’clock and then my left to point to ten—I followed her commands like a shaking, panting, yawning puppy in a tutu until I was dismissed.

On this one day, we’d finished with the barre and moved to the centre of the hall. The other little ballerinas were buzzing around me like big fat Australian bush flies while Tchaikovsky’s “Waltz of the Flowers” was playing on repeat.

I was still in first position. I pressed my chubby thighs tight against one another and raised my right hand up towards the church spire as high as I could reach. I stretched up like a swan and I was lofty and long but Mrs C did not pause the Tchaikovsky.

I can’t remember how long I held that stretch but I know I must have relaxed. The final release came slowly, in a warm trickle along the undulating terrain of my thighs, until it all formed into a pool around the soft pink slippers at my feet. 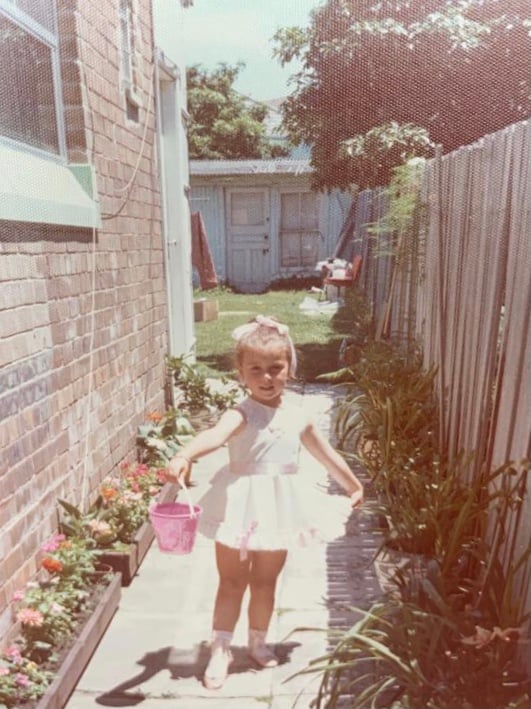 Start working with Kathryn K today!
Get in touch