Alice’s writing is driven by discovery. She recently travelled through India, Nepal and Thailand, sharing stories along the way in travel blogs, articles and photos. Alice balances writing alongside teaching yoga and managing local arts projects. Since graduating from Queen Mary University of London with a degree in English and Drama, she has also written scripts and theatre reviews. Alice regularly stretches her way across the globe in search of adventure. She has been kayaking with killer whales, diving in the Great Barrier Reef and trekking in the Himalayas.

As a Story Terrace writer, Alice interviews customers and turns their life stories into books. Get to know her better by reading her autobiographical anecdote below

Power to Heal in Pokhara, Nepal

A confetti of pink petals tickle my ears. The mantras humbly vibrating from white, marble floors fade alongside the smell of burning out musk. I open my eyes. Sitting in lotus pose, hugged by wine-red blankets, is Sagar, a round-faced, Nepalese Swami, also addressed as Baba.

“This is a big day,” he proclaims, squeezing his eyelids together and making small, slow circles with his head. “You are now a healer.”

My gaze awkwardly shifts to the OM symbol splattered on a nearby cushion.

Upon returning from the Himalayas, I was drawn to this cosy, family-run Ashram at the heart of Pokhara, Nepal. Many a tight hamstring and sore back creak their way over to OM Family to relieve their post-trekking blues. Only five minutes from the enchanting, but often-crowded Phewa Lake, is a haven of Yoga, Pranayama, Massage, Free Meditation, Chakra Healing and Reiki, heavily inspired by Osho (popularly known as “The Sex Guru”). He is everywhere. Ten copies of his book Sex Matters spill across the reception, his eyes seducing us from silver picture frames while his voice whispers from a Yoga Nidra tape. I came to Nepal to trek through the icy teeth of the Annapurna mountain range and now, surrounded by portraits of Osho, I’m being transformed into a miracle-maker. Otherwise known as a Reiki Master.

Reiki is a holistic system of healing, causing cosmic energy to flow through an individual life source. But before being initiated to level one Reiki Master, strict instructions must be followed: wear clean clothes (no metal), take shower and perform ‘Golden Light Cleansing’ three times. The latter, a technique, which involves bowing to the sun to temporarily cleans out negative energy and thoughts. I double-check the list, and curiously enter through the rippling gold curtain.

The ceremony requires an “attitude of gratitude” from the receiver equating to some form of exchange. I hand over a packet of incense. “What is that?” Baba immediately scolds, ignoring my offering and narrowing his eyes at the dirty mug innocently perched between two minute Buddha statues. The stench of rotting coffee powder appears to be contaminating his sanctuary of Zen. It is promptly banished.

Sucking the air between his teeth and blowing into his hands, Baba hops about as if he’s been nipped by a flame. In Reiki, the giver is the channel for the universal life force to enter the body through the chakras. Hovering his hands over my body he explains, “We have seven chakras, running from the root of the spine up to the crown of the head.” His palms press my navel. “Your third chakra, the solar plexus, is blocked.” Lying down, I visualise this spinning energy centre, depicted as a lotus flower, being cleared by his magic touch.

But before I get the chance to fully uncurl all ten petals of my Manipura chakra, Baba is giving me a congratulatory hug and ushering me out of the room, “Hari om tat sat, Hari om tat sat.” All that is.

Receiving the power to heal apparently takes only thirty minutes. 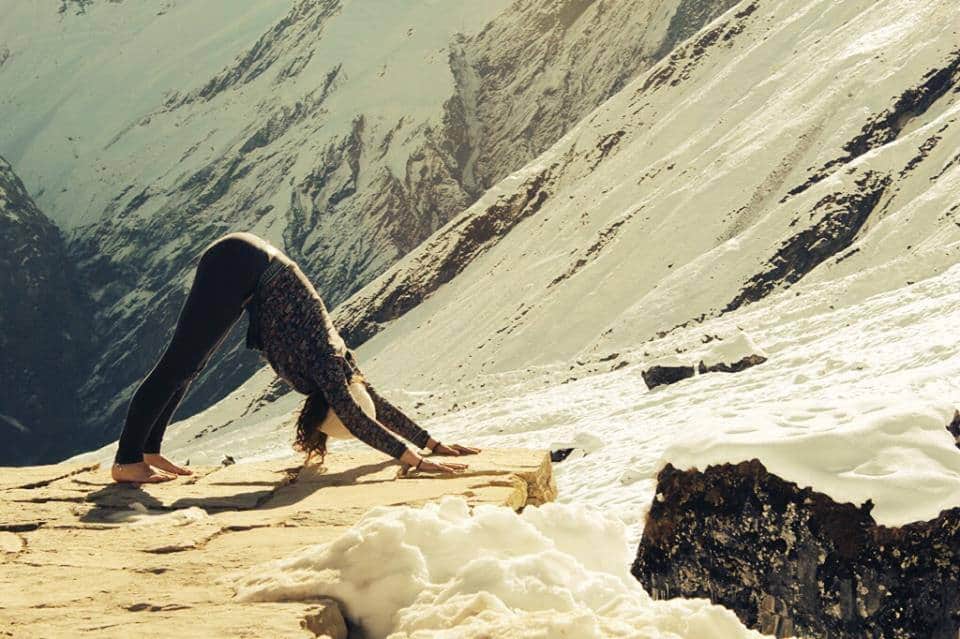 Start working with Alice M today!
Get in touch