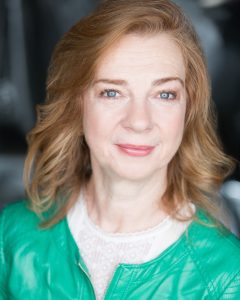 Aileen O’Brien has always loved stories. From a book-obsessed child, she went on to a career as a magazine journalist. She has been privileged to be allowed into the lives of the famous and non-famous as they shared their experiences. As well as writing for magazine titles from Hello! to Ideal Home and TV Times, she is an experienced book editor. Aileen is a trained actress and has worked in theatres all over the country. Half Irish, she grew up in the Peak District and now lives in Hastings.

As a StoryTerrace writer, Aileen interviews customers and turns their life stories into books. Get to know her better by reading her autobiographical anecdote below

When I was a little girl, Sunday teatimes were always the same. Tinned salmon sandwiches, fruit salad in syrup with evaporated milk, the polishing of school shoes and Pick of the Pops Top 20 on Radio 1. It was also the dreaded Hair Wash. My mum was obsessed with my hair. I was the only one of her five children to have inherited my dad’s auburn locks. To my mum’s delight, not only was it red, it was curly. Unlike my sisters’ unhelpfully straight, mousy hair, mine could be twisted and curled and primped and titivated into waves and ringlets. And so it was that, every Sunday, while my siblings were listening to the singles charts, I was sitting under mum’s hooded hairdryer, my face red and blotchy, my head covered in one of her hairnets so that the pins she had so lovingly teased into my wet hair would not be dislodged. If I ever came out from under the hood for a breath of cool air, Mum would look as startled as if I’d taken myself off a respirator and would chivvy me back inside crying, ‘You’re not done yet!’ I simply couldn’t understand why she went to all this trouble when my hair would happily curl itself if left to its own devices.

Mum’s obsession with my hair knew no bounds. When I came back from school, she would ask if anyone had mentioned it. She didn’t want to know about the boys who teased me about it and made up songs about my ‘rusty crust’; no, what she wanted to know was if anyone had paid their due respects to my tremendous tresses. It was mainly old ladies who did this: they would coo over it until my beaming mum would declare, ‘It’s a lot of work!’

I made my stage debut aged four in the school play. I was supposed to have been playing the supporting role of Mrs Christmas but my co-star Stephen Farrell got stage fright and so at the last minute I had to step into the lead role of Santa himself. When my mum saw me in costume before the show, she said, ‘Do you have to wear that hat? They won’t be able to see your hair.’ The show went very well, considering. Just before the curtain call, I took off my hat. Mum died before I became a professional actress but I will never forget the look on her lovely face that night as me and my hair took our first-ever bow. 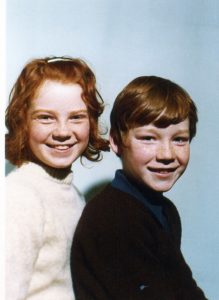 Start working with Aileen OB today!
Get in touch