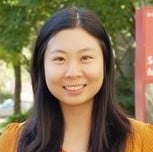 Xiaofang likes reading, writing, and playing with her cat. She worked as a reporter and editor at Shanghai Media Group for several years, having published hundreds of news reports and feature stories on both traditional and online media outlets. She currently works as a freelance writer, and is working on her first book. Her journalistic experiences made her a good listener as well as a good narrator of other people’s stories.

As a StoryTerrace writer, Xiaofang interviews customers and turns their life stories into books. Get to know her better by reading her autobiographical anecdote below.

The first time I heard of ghost was when I was 6 years old. At a house party during the Chinese New Year, My father and his friends shared supernatural stories which (they claimed) they had experienced firsthand.

My father told a story of “ghost wall”, which occurred when he was a teenager living in the countryside. He described how he got lost on a most familiar road one evening, and spent the whole night walking in circles in the dark. “It was ghost confusing people’s minds to make fun of them.” he explained.

The story terrified me. I couldn’t help imaging myself walking alone into the deep night only to find my way was blocked by an invisible wall, while the ghost was laughing on my back.

I was so scared by the ghost stories that I insisted on sleeping with my parents that night, but of course I couldn’t sleep with them every night. Well, sleeping along became a torture. I had to use the comforter to cover my head when sleeping, as if it was a “wall” between me and the malicious ghosts out in the darkness.

Covering oneself head to toe by a heavy cotton comforter was anything but comfortable. It was so hard to breath especially as the weather getting warm every day. I struggled between the fear of ghosts and the desire to get fresh cool air every night.

On a muggy June night, finally, I could not stand with the suffocating feelings anymore. I said to myself: “Even if ghosts come and eat me tonight, I will not cover my head!”

For the first time since that ghost story night, I didn’t cover my head with the comforter. I could see street lights from the window, and hear sounds of people’s movements outside. Sometimes, the lights formed strange shadows, and somebody’s footsteps seemed suspiciously close, but I kept telling myself that I’d rather dying in the hands of ghosts than suffocating myself in bed. Finally, I fell into sleep.

The next morning I woke up to find no traces of ghost visiting. The sun was unusually bright and the air was unusually sweet that morning. From that day on, I am not afraid of ghost anymore. 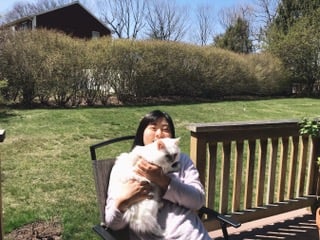 Get in touch today to work with Xiaofang!