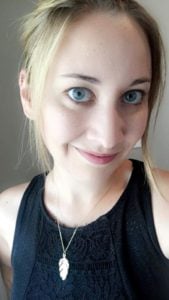 Alixandria has been writing professionally for over a decade. Writing is the catalyst that forever sets her soul on fire- the need to put pen to paper to capture the feelings, the sights, the magic of a moment. Her education has always centered around creative writing and psychology; understanding what brings us to life and the astounding way our hearts piece themselves back together again after immense grief. She has been published both traditionally and as a ghostwriter, and would be honored to put the magic of words to your story.

As a Story Terrace writer, Alixandria interviews customers and turns their life stories into books. Get to know her better by reading her autobiographical anecdote below

My grandpa nearly set our roof on fire- twice. This was quite a feat for a man who had been in a wheelchair since he was shot at the age of eighteen in the Korean War. On this particular Sunday, there were leaves in the gutter and he was going to get them out. He tied zip ties to his weed eater and promptly set the work removing them, until the motor overheated, and sparks set the aforementioned foliage ablaze. So, he tried again.
When you are a kid and someone tells you that you can do anything, occasionally you believe them. In my case, I had no choice. My grandpa not only said this to me on a near-daily basis, he showed me. He was my goalie when I learned to play soccer, he was my sparring partner through the many seasons of Tae Kwon Do, and he swore up and down that I was going to be an author, because that’s what I wanted to be. It was easy to forget that he was in a wheelchair because he never let it slow him down, and he sure as all get out never asked for help. Prime example, the roof incident.
He has been gone for eight years now, but his words have never left me. With this guidance I have started my own business, chased my dreams, and, just like he said, became an author. Every day I strive to live with that kind of passion for life, that unstoppable spirit, and with any luck, to start my own roof fires.

Start working with Alixandria T today!
Get in touch