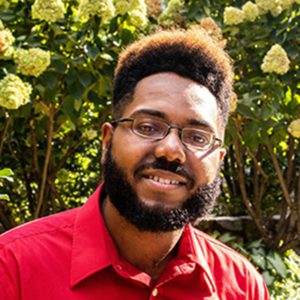 Adreon has been on an artistic journey filled with twists and turns. He originally pursued a career in animation before switching gears to obtain his Masters in Writing from Savannah College of Art and Design. Since then, he has written for publications like Paste Magazine and HipHopDX along with a few small brands. He has been featured in various writing competitions and magazines. Currently, he is an adjunct professor by day and a freelance creator and entrepreneur by night. In his spare, he loves baking, watching television, and finding latest music.

As a StoryTerrace writer, Adreon interviews customers and turns their life stories into books. Get to know him better by reading his autobiographical anecdote below

Me, Mama and the K-Mart Showdown

When I was about three- or four-years-old, my mom and I went shopping at the local K-Mart. All I wanted to do was look around the toy section (and maybe persuade my mom to buy something). Like a little tortoise, I would browse and examine every toy that caught my eye. My mom, who was a patient woman, allowed me to do this for a while. Eventually, my slow pace got on her nerves, and she yelled at me to move it along so she could go to the beauty section.

My little moment of happiness evaporated, causing me to become angry and stubborn. My moment was ruined. As payback, I stamped my little feet on the white-tiled walkway. I was in my blue and white short set (which I’m sure looked cute to other people, but not to me) and my arms were folded tight as I scowled at her. All I wanted was new toys. Nothing more and nothing less. To me, lotion and tampons were unimportant.

After a while, I could no longer compose myself. I became motionless by the jewelry counter. My mom felt me stop and swirled around. She noticed that my fists were clenched in a statue-like pose.
“Adreon, come on,” she said in a stern tone.

I stayed a statue (only blinking) as she and I began an intense stare-off over who was right. Mother versus son. Adult versus child. A dominant force versus a growing force. The two minutes, which seemed to stand still, went on forever. Neither one of us was willing to back down. Soon, she put her hands on her hips. In a passive voice she said, “Okay, then. I’m going over to the beauty section. You can come if you want to.”

She walked away without a care in the world. She didn’t turn around once. In that moment, I began to panic about being left alone. There was no way my mom would leave me to fend for myself in this cruel world. But she did. Once I realized that she wasn’t coming back, I ran towards her as though my life depended on it. 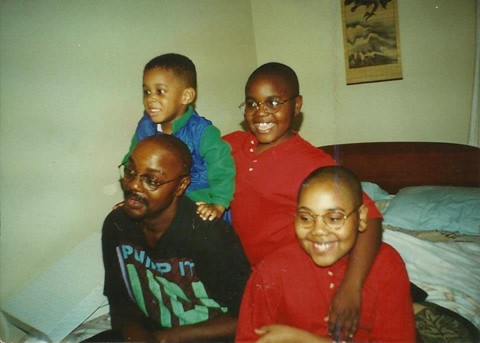 Start working with Adreon P today!
Get in touch