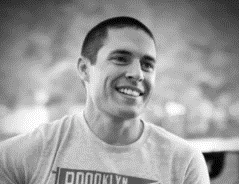 Abram is a bilingual world-traveler with an inquiring mind. He is also a husband and father of five. He writes to explain the inner-workings of our complex world and the fascinating people in it. With a Bachelor’s degree in Communications and Spanish, he has managed an online publication for several years. Typically, his writing ranges from economics to theology to life-lessons with his kids. He has a background in music, entrepreneurship, and trauma care. His hobbies include rock climbing, novel writing, podcasting, and chess.

As a StoryTerrace writer, Abram interviews customers and turns their life stories into books. Get to know him better by reading his autobiographical anecdote below

From Apathy to Empathy

Secondary education killed my curiosity. Whose idea was high school, anyway? Who thought it would be educational to force-feed algebra to pubescent boys surrounded by scantily clad girls? I have to admit, though, even without the girls, the experience of high school probably still would have carpet-bombed my interest in college. But in that case (if you read my bio above), you may be wondering how I ended up with a degree after all. What salve boasts the power to reverse the curse of deadly educational boredom?

For me, the answer was getting out of the classroom and into the world. In a word, the answer was simply living. In my case, this included traveling and working in over a dozen foreign countries. During a time when many of my peers were breaking the bank with flashy cars and college loans, I worked, saved money, and saw the world. After three years of living among other peoples and cultures, I had a new outlook on nearly everything—including how much I wanted to learn about it all, both in and out of the classroom.

One of the countries I worked in was Sierra Leone, a small war-torn nation on the west coast of Africa. While there in 2003, I learned about the horrifying brutality of their recent civil war. The buildings of their capital city were still pockmarked with bullet holes. Sewage ran in the streets where many families lived beneath weather-worn tarps. The locals told me how, during the war, the rebels drugged thousands of children and turned them into killing machines.

I absorbed it all at an academic level. But then one night while typing an email, trying to describe the soul-crushing nightmare these people had lived through, I, quite unexpectedly, fell apart. It was as if a backlog of heartache had finally burst through the floodgates. For several minutes, words flowed effortlessly through my fingers onto the screen as tears tumbled onto the keyboard. It was like momentarily tapping into feelings so deep that I hadn’t even known they were there (which is how I’ll try to tell your story, if you’d like me to).

In response to my email, one friend wrote, “Things will get better because you were there.” For the sake of kids like Yusef, the boy in the picture with me, I hope he was right. Start working with Abram H today!
Get in touch