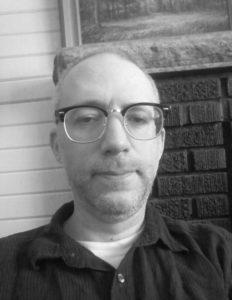 A.J. Levin is a freelance writer and genealogist whose biographies and obituaries have appeared in The Globe & Mail and The Oxford Dictionary of National Biography. He is also a former book reviewer for the Winnipeg Free Press. He is passionate about family history, writing, and the way both traditional research and genetics can illuminate our ancestry. In his spare time, he writes poetry, studies language, and plays several musical instruments.

As a StoryTerrace writer, A.J. interviews customers and turns their life stories into books. Get to know him better by reading his autobiographical anecdote below

I was very close to my paternal grandparents. They were the only ones I knew: my mother’s parents died in a plane crash before I was born. For about sixty years, my father’s parents lived in the same house in northern Winnipeg. They had commissioned the house on what had been the huge estate of John Inkster, which was being broken up into new subdivision as part of the postwar housing boom.

Inkster was a Scottish immigrant to, and an early merchant in, the Hudson’s Bay Company territory of Rupert’s Land, which would later become part of Western Canada. His former house, the oldest in Manitoba, is now a museum. It dates to a century before my grandparents’ house. The area has an even older history. Formerly known as Seven Oaks or Frog Plain, it had in 1816 been the site of a battle in an unlikely war over pemmican, a bison and berry jerky that was the staple of fur traders.

There’s a long rope of a kind, which ties our past to a much older one, and that to an even older one, if we pay attention to it. My grandparents had met the Inkster heir, the grandson of the original John. Whether he had any stories to pass on to them about the land or his family, I do not know. But the elder Inkster had been a key part of local history. I wish I had taken a more active role in checking that rope before it frayed, and had taken the time to question my family when I was young. I never asked, for example, about the people living around them.

Once, though, as an adult, when I visited my grandparents they mentioned in passing that the family living next door was named Gillespie. My curiosity was piqued. It’s a common surname in Scotland and Ireland, but also the name of my maternal great-great grandmother. A little digging turned up that my paternal grandparents had been living next to my maternal cousins.

There’s no single right way to approach family history, but it demands an open mind, curiosity, and attentiveness. It’s a small world out there. I ask many questions and listen. After that, the stories almost write themselves.

Start working with A.J. L today!
Get in touch