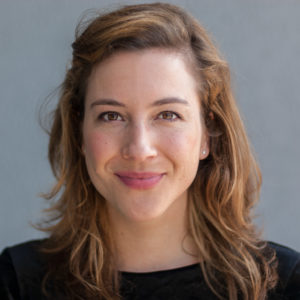 Laura graduated with a degree in Anthropology and MA in Journalism at the University of Amsterdam in 2013. Ever since then, she has worked with various international media outlets such as CNN, VICE and ARTE. Her interviews and essays have been published in established newspapers and magazines.  Laura recently launched a podcast series called Changing the System, in which she gives a platform to pioneers of change. Laura has lived and worked in New York and is currently based in London, though she will always remain a true Amsterdammer at heart. At StoryTerrace, she loves to make sure that the biography writing process is meaningful and rewarding.

As a StoryTerrace Editor, Laura enjoys bringing stories to life.

If there was one thing that Lower East Side artists, Wall Street bankers, and city wanderers had in common in the eighties, it was the hope that they would make it past the Area club bouncers that weekend. While every six weeks the club underwent a radical makeover with a new theme and corresponding interior—much of which is a credit to Jennifer Goode, who as “prop girl” was charged with furnishing the visual experience—certain guests were staples, including Andy Warhol and Keith Haring.

Area was THE place to be for its counterculture, colorful crowds, and musical line-up. All of which are now synonymous with eighties New York. In turn, its guests were disproportionately affected by the plagues of the time: AIDS and heroin overdoses. Sadly, this included Jean-Michel Basquiat, who passed away due to an overdose in 1988 at age 27. From 1984 to 1987 he was Jennifer Goode’s boyfriend and the love of her life.

In this interview, for the first time, the 60-year-old is willing to be interviewed about the Area days and her memories of Basquiat.. 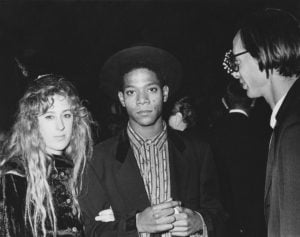