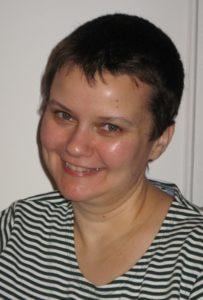 “Eclectic” is a good word for Anne’s background. Intensive music training as a child? Check. Undergrad degree in Greek and Latin? Check. A little time off from school to tap dance in NYC? Oh, yes. Master’s in Medieval Musicology (might as well use that Latin!)? Indeed! She ended up teaching music history for fifteen years, and now writes all kinds of things, including columns on indie music, classical music, and theater, and—to prove she’s still eclectic—science fiction novels and short stories.

The word “Bellevue” used to fill me with dread. It represented the ultimate in American madhouses, the Yankee equivalent of London’s Bedlam in all its Dickensian horror.

I came to New York to study with a tap dance company in hopes of joining them. Things were progressing: I’d graduated to advanced classes and had made friends with most of the members of the troupe.

Then I got a call from Neil, one of the dancers.

“You should do it instead.”

If Neil said something right after that, the pounding of my heart drowned it out.

“It’s the perfect start for you, Anne. Just make up a dance to the Andrews Sisters singing ‘Boogie Woogie Bugle Boy.’ You’ll get paid 50 bucks.”

My brain raced. I loved that song. And if the pay was only $50, the expectations couldn’t be too high. “Cool. Where’s the gig?”

This time, the thudding in my ears was from fear. I pictured myself dancing on the set of One Flew Over the Cuckoo’s Nest. “Bellevue?”

Neil sounded unconcerned. “Yeah. There’s a public school inside the hospital for the kids who live there. They’re having an assembly with the theme ‘Celebrating Women.’”

I worked on my three-minute dance several hours a day. I hit the Navy surplus store on 14th Street for fatigue pants, olive t-shirt, and dog tags. (I already had the crew cut.) On the day, I took a subway to the Upper East Side, then walked to a stately hospital with absolutely no babbling, drooling patients wandering the grounds.

A friendly woman led me into a school auditorium filled with regular kids sitting on the floor, whispering, giggling, and squirming like all schoolkids do. Once I was backstage, someone announced, “And now, with a number representing women in the Army, please welcome Anne Johnson!”

The jazzy trumpet intro sounded. Three minutes zipped by like thirty seconds. The kids erupted in cheers. Afterward, a little boy showed me the thumbtacks he’d stuck in his sneakers so he could tap dance too. 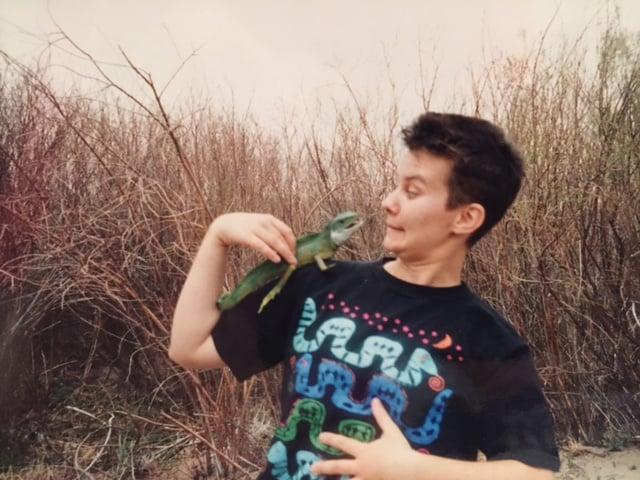 Start working with Anne J today!
Get in touch