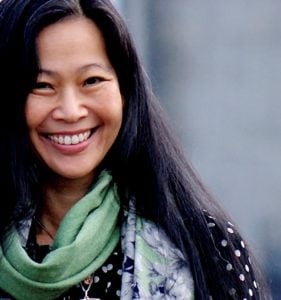 Angela is a writer, an entrepreneur and the author of the nonfiction book Trillions on the Table. She loves her son, her cats and her red wine. Angela created and instructed her own serving course and wrote a dating blog with 90k+ reads. Currently, she is a consultant and a lifestyle blogger for Sixty and Me, with an online community of over 500k readers. Her Forbes hotel background allows her to connect easily with clients; active listening and genuine interest is how your story will be crafted, in your voice.

As a Story Terrace writer, Angela interviews customers and turns their life stories into books. Get to know her better by reading her autobiographical anecdote below

I was the youngest of 4 children but always closest to my sister Grace. That meant she called me Bratty, I drove her crazy and she loved me anyway. It wasn’t easy for her. Actually, our life wasn’t easy for anyone, even me. I was just too little to know any differently.

I was 4 when we arrived in Vancouver from Malaysia. I went directly into kindergarten that fall and to this day, I don’t remember speaking Chinese as a first language. My siblings already spoke English, which they learned in British boarding school back home.

However, my mother did not, and went from having servants and a life of leisure to becoming a housekeeper in a large hospital. She stayed angry for decades. My father, once an Esso executive, studied to become a plumber. It must have been chaos those first years, but Asians don’t do emotion like we see on North American TV shows. I grew up in a stoic house of immigrant struggle and that was my norm.

We also didn’t do holidays in the beginning.

I love this picture with Grace because I was 9 years old, flared to perfection and holding my Little Cat. We’re posed in front of our first Christmas tree...and it’s got presents!

But it also reminds me of what happened in second grade. It was post Christmas and Mrs. Philpott went around the classroom, asking all the kids what they had gotten from Santa Claus. Of course, when it came to me, I lied. And not the careful, thought out, it’s all at home you just can’t see it kind of thing. I was only 7 years old. I said I got this toy and that toy and a watch. Which I was not wearing. Because it didn’t exist.

I still remember the panic and dread of my turn coming up. I didn’t want to be different but I didn’t know how to live a Canadian life in my Chinese household without putting on a facade. Even at 7 years old.

But at least we finally got a Christmas tree. 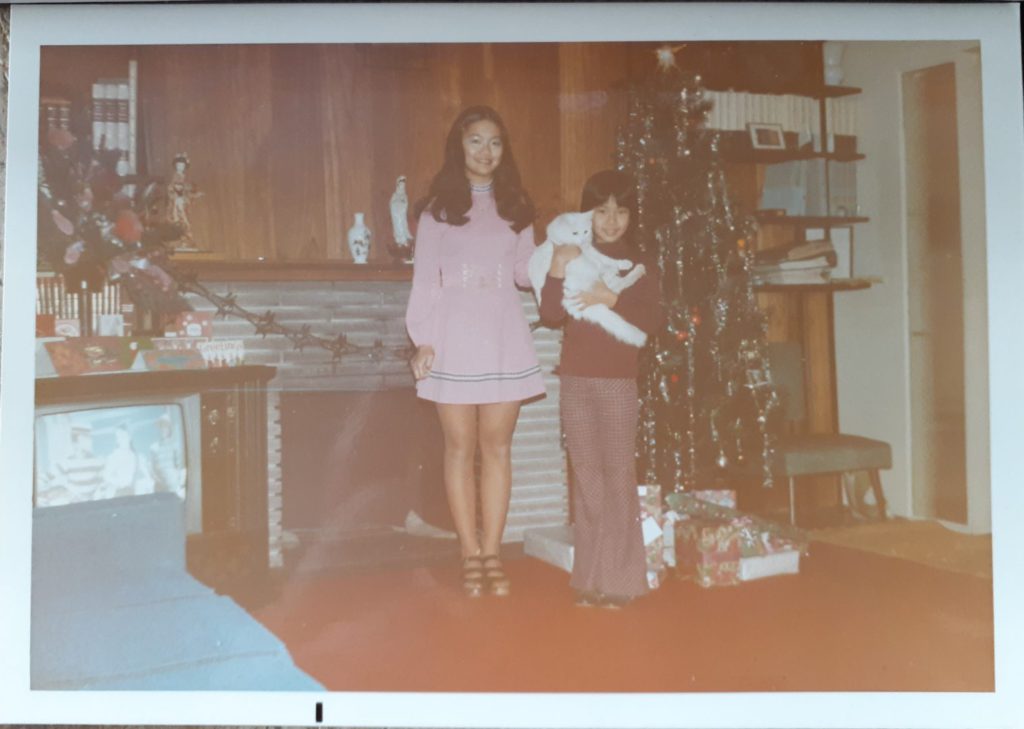 Start working with Angela Jackson today!
Get in touch