Wendy was born with a magic crayon in her wee left hand. She’s found a niche, writing for CEOs in the SF Bay startup scene in publications like FastCompany, TechCrunch, Forbes, and Entrepreneur. When she’s not ghostwriting for fascinating folks with wonderful stories to tell, she can be found singing with her kids or sewing costumes for tiny stop-motion puppets.

As a Story Terrace writer, Wendy interviews customers and turns their life stories into books. Get to know her better by reading her autobiographical anecdote below.

I’m part of an art collective called Five Ton Crane. We’re a bunch of artists, tinkerers, teachers, and scientists who build large-scale art installations for Burning Man. Our sculptures are fantastic and fanciful—a treehouse, a rocket ship, a submarine.

Our group has been together since 2007. I don’t know how it happened, really. There was an email from a friend, saying “I think you might like to work on this art piece; a 40-foot-tall treehouse made of steel.” I didn’t know how to weld, but I was curious, so I drove down to the industrial part of Oakland and cautiously entered a dark old warehouse, wherein I found the loveliest people. The Steampunk Treehouse would be a place of dreams and whimsy, for people to climb and explore. I approached the lead artist and explained that while their project seemed incredible, I, unfortunately, had very little to offer. He just laughed and told me that I’d be great—that we could all learn together.

I spent the next six months learning the ways of metal-working and bonding with this group of new friends who would become lifelong compadres. Finally, our treehouse was done. We transported it to the Black Rock Desert, the site in Nevada that hosts Burning Man, and installed it while furious desert winds raged all around us.

The treehouse was a huge success. We spent hours helping enthusiastic Burners climb up and tour around. My crew was overjoyed, but what happened next was truly extraordinary. I had a friend named Mark who was really excited to see the piece. I’d wait around for him every day, hoping to share it with him. He kept getting side-tracked, however, and I wondered if he’d ever show up.

Finally, on the last day of the event, I glimpsed him cycling through the dust toward the treehouse. Instead of riding up to me, however, he cycled over to the giant tire swing we’d hung from one of the branches. He got off his bike and stood there, staring. He was looking at a woman swinging in a beautiful long, white skirt. He got closer to her and introduced himself. After a moment she got down off the swing, and the two of them walked away together into the dust.

My friend never did make it back to our treehouse, but he did marry that girl. I like to take a bit of credit for that. 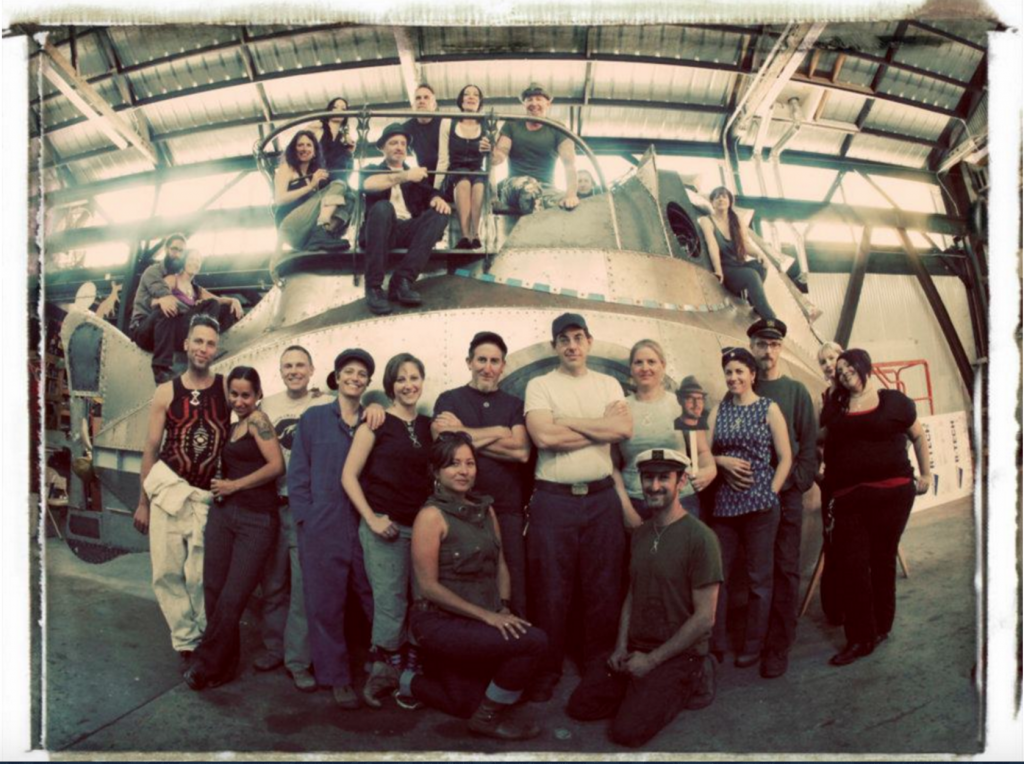 Get in touch today to work with Wendy!