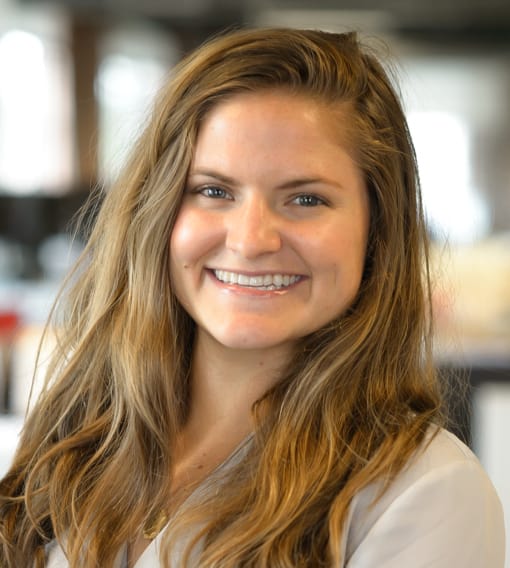 A Mobile, Alabama native, Virginia has been writing since the age of four, when she fist learned to write stories with her grandfather on his typewriter. After various roles at magazines, newspapers, and publishing departments, she published her creative nonfiction memoir about childhood summers spent on Mobile Bay. In her recent work in Amazon Createspace’s editorial department, she worked with authors to create clean manuscripts and marketing copy.

As a Story Terrace writer, Virginia interviews customers and turns their life stories into books. Get to know her better by reading her autobiographical anecdote below.

We never stayed at the bay when the hurricanes hit. We holed up at our house in town, and my grandparents and aunts and uncles would come over to stay at our house. My mom wouldn’t allow me or my brothers to sleep upstairs, fearful of falling trees, and some years she would put me under the coffee table to sleep. I never questioned it; she had made it through Hurricane Frederick, the angriest storm to hit Mobile, so any advice she offered I heeded gratefully.

My dad loved the storms. He would sit on the back porch and watch the trees bend and snap, tossing litter in our yard as generously as a masked rider would Moon Pies and beads at a Mardi Gras parade. It was just another season, something you expected just as much as fall shaking off its leaves or summer turning your skin different colors. The real fear wasn’t of the hurricane itself, but rather what its greedy hands would take with it when it left us. And it always took the most from the Bay.

After the doors to the car shut, we walked timidly toward the water, the house temporarily blocking the truth. Everyone knew the emptiness that lay behind the house, but I always selfishly hoped our wharf would be spared. I imagined it standing tall, weary and beaten, like the survivor of a war—suffering, but still standing.

As I rounded the corner, I kept my eyes closed trying to make the image in my head project into reality, but every year it was the same: single, broken posts dotting the dark water. From left to right, nothing but hundreds of rows of stitches trying to keep the wounded heart of the bay from bleeding out.

Without the wharves, the Bay was just houses on stilts hovering near an oversized bathtub of brown water; they were the lifelines to the Bay itself. Losing the wharf was like losing the Bay entirely. But with this harrowing experience came the most hopeful, and to outsiders, the most irrational act you could ever witness. The next day, or the next week, or the next month, there would be men in the water with hammers and nails, stitching the heart of the bay right back up with their bare hands. And, despite the overwhelming evidence that they would most likely disappear during the next hurricane season, the wharves would go up again.

Get in touch today to work with Virginia!