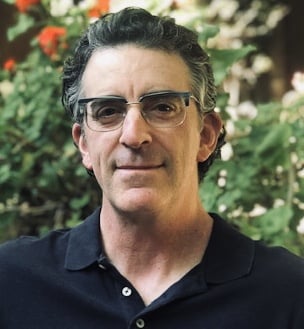 Todd’s experience as a screenwriter, biographer and attorney helps him create thoroughly researched, visually entertaining and emotionally compelling narratives. He has written for Warner Bros., Lionsgate, ABC/Disney, USA, SyFy, Lifetime and BET. He has also ghostwritten many personal biographies. Todd believes that you don’t have to be famous to make history; everyone has a life story worthy of sharing. A graduate of University of Michigan (B.A. in History) and Southwestern University School of Law, Todd lives in Studio City with his wife, three children and dog.

As a StoryTerrace writer, Todd interviews customers and turns their life stories into books. Get to know him better by reading his autobiographical anecdote below.

The End Has A Start

My maternal grandfather was battling cancer when I was finishing law school. Over breakfast during my second to last visit with him, I asked him about his childhood and career, the first time I had ever done so. Grandpa Harry studied me over his Corn Flakes and replied, “You favor your other grandfather.”

That I reminded him of my paternal grandfather was surprising to me. Grandpa Sid passed away when I was two and a half. Based on photos I saw of him, I didn’t think we resembled each other. He was bald and he had the impressive height I didn’t inherit. Maybe the same eyebrows and jawline?

I knew that when Grandpa Sid was a teenager, he raised three younger siblings during the Great Depression after his parents and older brother died. I knew that for the rest of his life, wherever he traveled, Grandpa Sid looked in the local phone book to see if there were any other Samovitz’s listed.

I also knew that when I was born, as the first male grandchild in the family, Grandpa Sid celebrated with a bottle of Crown Royal Whisky. He was excited that the family name was going to live on.

That’s about all I knew.

I didn’t ask my Grandpa Harry any questions about Grandpa Sid because he moved on to answering my initial questions. Time was short so I just listened. And he died not long after that.

But what Grandpa Harry said to me got me thinking about my family history. I wanted to know more.

So this time, I started asking questions. A lot of questions. Too many and often, for sure. My parents, grandmother, aunts, uncles, cousins and genealogists around the world got pestered and cold called.

I haunted city and federal government offices, census records, schools, libraries, embassies. No one was immune to my research requests. When the internet came online, a whole new world of genealogical resources became available to me and I dug through them all.

… especially when it comes to googling the last names of every branch of my family tree.

Get in touch today to work with Todd!