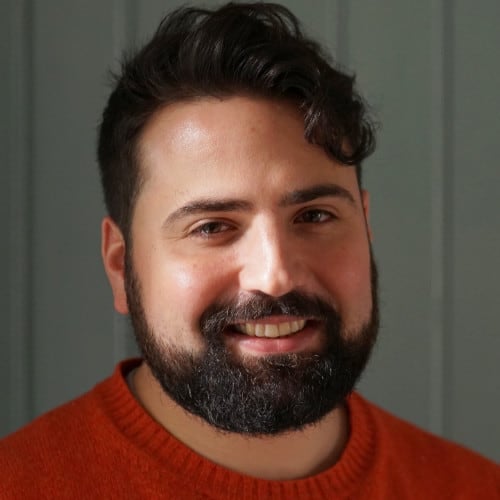 Theo lends a strategic, logical and articulate perspective to Story Terrace’s product development, product marketing and design. He contributes journalistic nous gained working with broadcasters including BBC Newsnight, as well as print publications. Prior to joining Story Terrace, he worked to improve online communications for a range of small enterprises. Theo holds a BA in Philosophy, Politics and Economics, and a Masters degree in Political Theory, both from Oxford University; as well as a Graduate Diploma in Law.

As a teenager, I went with my father every week for dinner at Sandra’s house. Sandra is a little outrageous and at all times in the grips of some controversy or other, so sitting around the table with her kids on a Wednesday night, we would listen to the latest.

Typically her stories involved members of junior officialdom, who likely regretted turning up for work that day. Sandra is relentless when wronged by anyone in a position of authority—the more remote the prospects of redress, the greater her resolve.

We once arrived to find bollards blocking her driveway. Not on the road, but brazenly erected between the pavement and her house, entrapping her little Volkswagen. This was the latest gambit by the council in a manifestly escalating dispute over planning permission to drop her curb.

Three years followed of what can only be termed a Mexican stand-off, involving everybody from local journalists to Lynne Featherstone MP. Sandra vs Haringey Borough Council, to the death. Haringey must have blinked, because she now has a driveway, a dropped curb, and a VW free to roam. Well, she would do, but it was hit by a truck last week, and she’s presently dealing with her insurance company.

My dad is the same in his own way. He’s fond of minor acts of civil disobedience, examples of which I shouldn’t give. Suffice to say, in some places you can’t get a parking ticket if the meter is broken. He also has an Olympian ability to hold a grudge. He feuds with retailers like the Montagues feuded with the Capulets. He has, for example, refused to take anyone to Ikea for almost twenty years, because they once left some furniture outside our house and it was warped by the rain. They even took it back, soggy and twisted, but it was too late, they were blacklisted.

I find the ability to summon this uncompromising ‘screw-you’ attitude fascinating. We look at our baby boomer parents, and we sometimes think them mortifying in their principled stands against customer service agents and traffic policemen. The protest generation grew up, bought flat-pack furniture, and when it didn’t work out they protested that too.

It’s not that I’d never kick up a fuss myself, more that, on the sliding scale of standing up to the Man, from returning pizza to storming the Bastille, I can’t run the whole gamut. Stick an automated helpline in front of me and watch my eyes glaze over.

In adult life, I was first confronted with my selective apathy at the airport. I had the audacity to question procedure upon being singled out for the second removal and inspection of my shoes in the space of an hour, and was told to publicly apologise at the gate or have my passport confiscated. I caved, quite rationally, but as I stowed my luggage, I could imagine my father being forcibly ejected from the plane.

That was the beginning of a long series of craven capitulations, which explains why I was surprised to find myself engaged in furious dispute with a certain yellow-fronted photo store last month.

I’ve recently got myself into a desperate cycle of buying and selling used camera equipment. As bad habits go it’s less expensive than drug addiction but appreciably less economical than biting one’s toenails. My latest ill-advised purchase was an old Pentax, the kind with a mechanical lever to advance the film. I shot two rolls and dropped them off, only for the lab to use the wrong chemicals and erase all the pictures. They insisted it was defective film, but I had the docket and the receipt, and those indicated otherwise.

Suddenly, it was David vs Gaudy Yellow Goliath. I found myself writing letters in legalese, with long bullet-pointed lists. Ridiculous plans formed. What would happen if I stood outside distributing leaflets? Could I be arrested? Is it legal to send fake lawyer’s letters? Probably not. Scratch that. I need demands! What are my demands?

Two weeks later, having wasted enough of the manager’s time, I received a cheque in the post. Ecstasy! Never would I set foot in a Snappy Snaps again! They would rue the day! Then the realisation that I had become my father put a dampener on things.

I’ve been back to Snappy Snaps since then. A different branch, which I think is good enough. Reassuringly, I reverted to type last week and abjectly surrendered to eBay customer support, which I am now 70% sure is staffed by robots.

I’m going to put snarky answers on their feedback survey, though. That’ll show them.