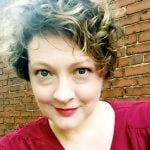 Tara Leigh Parks worked as a professional actor for over fifteen years, appearing on stages across the U.S. and Bermuda as well as doing cartoon voiceovers and commercials. As an author, she works in a variety of genres including health, marketing, travel, creative non-fiction, and fiction. Her current fiction projects include a comic book series called Moonshine Dust as well as short stories for Kindle. After living in Chicago, Miami, and Manhattan, she now resides in her hometown of Chattanooga where she loves to hula-hoop dance, hang with her pets, and make yummy messes in the kitchen.

As a Story Terrace writer, Tara interviews customers and turns their life stories into books. Get to know her better by reading her autobiographical anecdote below.

Late one Barcelona night, I found myself in a bar off Paral-lel, insulting locals with my misuse of Spanish gender rules. As the night progressed and apologies flowed as freely as the brews, I made friends with a group of actors and writers. They invited me to join them at a house party full of “music and fun”. Travel-fueled insomnia prompted quick consent. Besides, I wanted to party with the locals.

Perhaps I should insert a fib about a more highbrow approach toward partying, but in case you ever want to invite me somewhere of note, rest assured: I can fake one.

We arrived at a modern apartment building reminiscent of the squat, concrete monsters eradicating the historical vestiges of Manhattan’s Lower East Side.

“It’s not very authentic,” I thought, longing for a more Catalin setting. Still, beggars can’t be choosers, especially not when wine awaits. A man from our group rang a buzzer; another man peered down at us from a balcony before disappearing to ring us in. We ascended to a crowded third-floor walk-up full of misery.

People cowered in the corners while the host raged about his life. A folk band sat on the floor while a cellist sat on the couch. No one played music. Fun amounted to nothing more than a word. Someone introduced me as an American Southerner who once lived in New York; the host screamed louder. As I planned my exit, an attempt at happiness emerged from the corner. I appreciated the effort, even if it hurt my ears.

“Are you trying to play ‘Sweet Home Alabama’?” I asked.

“Yes, “ the folk singer said. “Russians love this song. It is life.”

“Oh, wait, you come from the American South… near Alabama? You must teach how to make your sounds the right way,” she said.  I spent an hour coaching her to sing the line, “Turn it up,” without hitting every consonant.

“Just forget there’s such a thing as consonants, “ I said as she hit each “t” like a nail. And that guitarist sounded like he was paddling through a swamp with a rhythmless guitar. They jammed on, smiling.

I smiled, realizing that authentic encompasses both the old and the new. Sure, I loved—and love— history. But in addition to exploring history, I needed—need— to make it.

Sometimes, all we need to do is sing along. 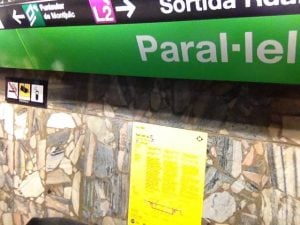 Get in touch today to work with Tara!