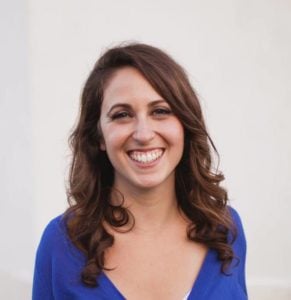 Sydney graduated from New York University with degrees in Journalism and Dramatic Writing. After completing an internship at Saturday Night Live, she worked for a senior literary agent assessing manuscript submissions and collaborating with editors. Her passion for serving vulnerable populations took her into the non-profit field where she managed a Holocaust museum, provided palliative care to children with terminal illness, and supported kids with severe autism. Today, Sydney is a full-time journalist. Her writing on social justice topics and interviews with famous comedians have appeared in The Guardian, The Atlantic, Seattle Met Magazine, and many other major publications.

As a Story Terrace writer, Sydney interviews customers and turns their life stories into books. Get to know her better by reading her autobiographical anecdote below.

Person by Day. Pigeon by Night.

My passion for pigeons first ignited in New York City. While my friends took in the breathtaking skyscrapers and breakdance battles in the cultural epicenter of the universe, I watched the city’s pigeons do their funny pigeon dance and giggled like a woman in love.

I was tickled by their iridescent heads bobbing about on their chubby pigeon bodies as they casually weaved around frantic New Yorkers rushing to do all the things important New Yorkers do. It brought me peace to know that while I was fretting about school, work, and finding love, the pigeons were defecating at will, copulating on the Statue of Liberty, and eating leftover pizza.

When I finally met my now-husband, I kept room in my heart for my feathered friends. When Sam and I had our first kiss at a bus stop on the side of the New Jersey highway, pigeons encircled us under the stars. When we moved in together, we awoke each morning to pigeons chortling their festive songs on the windowsill of our sixth-floor walk-up. Sam was less than thrilled, but I greeted the pigeons like a modern day Sleeping Beauty, trilling, “Good morning, Mildred! Good morning, Edith!”

My pigeon passion took on many whimsical and disturbing forms. I began painting pigeons and writing pigeon poetry. It was what I like to call my “Pigeon Renaissance.” This was a time of great creative flourishing where I painted pigeon masterpieces such as “Pigeon by Day” and “Starry Night Pigeon.” I’d try to draw something else like a bowl of fruit or a self-portrait, but somehow it would still end up looking like a pigeon. Sam was amused by these creative endeavors but also wanted to know what the heck was going on and encouraged me to meet some new people, maybe join a club?

I discovered a local pigeon club, a home for pigeon lovers and their “fancy” pigeons. Unlike common city pigeons that mate for life, Fancy Pigeons are selectively bred by their owners to enhance desired traits such as enormous tails, unusual coloring, puffy chests, funny feet, or curly wings. For centuries, pigeon enthusiasts have been breeding mutant pigeons to create exotic-looking birds for competition. I met interesting people and learned that the glory of winning a pageant is only temporary, but the love of a good pigeon lasts forever.

Get in touch today to work with Sydney!