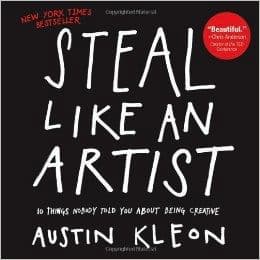 Last year I was attending a short story course, and on the reading list was a little book by Austin Kleon, Steal Like an Artist. I’m a sucker for getting most of the books on any reading list I’m given, and this proved no different. It’s useful and inspirational, but it’s central tennant is that really, there’s nothing new, we are all inspired and motivated by work that has gone before.

Picasso said, ‘art is theft’ and David Bowie echoed, ‘The only art I’ll ever study is stuff that I can steal from.’ Call it standing on the shoulders of giants if you will.

This applies to the writer of memoir and biography. When writing a biography, it helps to read biographies. Autobiographies by people you admire, writers and the like, books by people of the same age and background as your client, books that structure your style and make an engaging and lasting read. 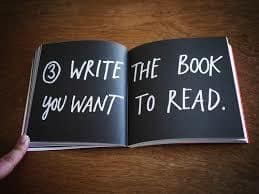 If you get the chance, go and see these writers in the flesh, listen to their methods and be inspired and motivated again, which is what I did at The Cambridge Literary Festival last year. Clive James is a clever storyteller, memoirist, broadcaster and writer. We could all learn a thing or two from him. 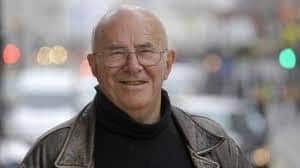 I was about twelve when I filched my dad’s copy of Clive James’s Unreliable Memoirs and took it back to my bedroom to read. It told of another life beyond my small town, a life of adventure and travel, told in the voice of a consummate storyteller. I didn’t think I would ever get to see Clive James in the flesh, but in the hallowed surroundings of the Cambridge Union Chamber I wait with anticipation and many others. We’re lucky, Clive may not be making many more public appearances. Clive is dying, shuffling off his mortal coil, battling Leukaemia and emphysema with the assistance of the Addenbrookes staff and a raft of meds. There is a hush in the chamber, Clive shuffles in. A smaller man than I imagined or remembered from the television appearances, bent by time and illness, but with an impish grin that widens as the crowd breaks into spontaneous rapturous applause. He welcomes the applause like an opera singer on their seventh encore, it feeds him, feeds an unashamed ego. Yet there’s no pomposity, he accepts the praise with kindness and humility, and a knowing smile. He’s enjoying this last kick at life.

Mr. James has a voice made to recite poetry and a perfect voice for broadcasting, deep and sonorous and full of wit. He recounts how at school they were made to recite a poem by heart, standing by their desks at the end of the day, until the teacher released them home. Some of his classmates are still there. He treasures the value of learning poems for recital, although his impromptu performances to female undergraduates in his youth met with disinterest. To the consternation of his family, his home has grown into a library and he brings books home as waifs and strays, nurturing them to health, many from his favourite place in Cambridge, the book stall in the market square. Words are his life, without them, he says, he was a faithless creature, a liar, a lost soul who may well have ended up in jail in his native Australia. If he wasn’t a writer, he says, he doesn’t know where he would have been, except maybe in jail.

Reciting poems interspersed with anecdotes, he reaches Auden. It’s so important that he says if he gets it wrong he might as well drop dead on the stage then and there. He launches forth, the words flow, then there is a pause, a long pause. The audience holds it’s breath, willing him to breathe, listening to the effort of his breath from emphysema crushed lungs, hoping that he will not fall, he will not stumble. Looking at the scuffed floor, the worn leather of many benches gripped by urgent hands. He moved on, leaving a gap. The lines returned near the end of the evening, coming to him in a burst which he shouted with a flourish, with a new energy. In true poet style, raging against the dying of the light, to rapturous applause.

One of our Story Terrace Writers, you can read more about Jools on her writer profile.