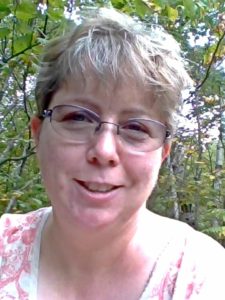 Hailing from central Vermont, a spot so rural that reading sometimes counts as conversation, Sheila loves talking with real people—especially authors who need help getting their stories out of their heads and onto the page. Through her work with companies like Book in a Box, Kirkus Editorial, and BookPage, Sheila acts as an editor, writer, and reviewer, shepherding books across their journey into the world. She holds a Master’s of Science in Library and Information Science, a Bachelor of Science in Psychology, and is a certified copyeditor.

As a Story Terrace writer, Sheila interviews customers and turns their life stories into books. Get to know her better by reading her autobiographical anecdote below.

“You won’t need shoes. The pine needles are soft,” explained the counselor. The parents that gathered around the tent looked a bit bewildered. We were there to pick up our kids after summer camp, but they were nowhere in sight, and now we were being asked to shed our footwear.

Going barefoot sounded great to me, but where were the children? Where was my eight-year-old son? Nervous giggles traveled through the group.

“They’re having so much fun they don’t want to come home, right?” we asked.

Without further explanation, we were led across a hilly field to the edge of the forest. The murmuring among us wound down as we entered the woods. Still no sign of the kids.

Then, off to the side of the trail under a tangle of branches, I spotted a smiling face. A little further off, a big toe peeked out from behind a tree. Up ahead, I caught a hint of movement in a pile of leaves. There they were!

Nobody spoke. Instead, we silently stepped into a circle and watched as two teenagers brought a fire to life using only sticks and breath. As the fire grew, a drum began beating out a rhythm. The song seemed to come from the fire.

To the music, the children emerged from their hiding spots. They arrived at the circle with leaves in their hair, soil in their toes, and huge smiles on their faces. They came to us, their parents, but now it was clear where they really came from. They came from the earth. 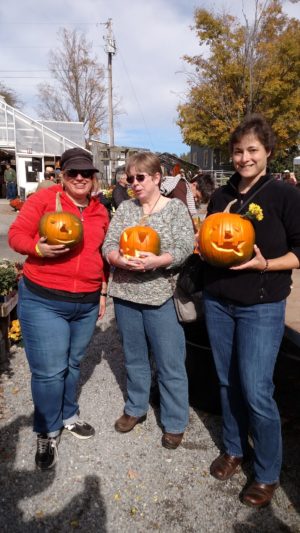 Get in touch today to work with Sheila!