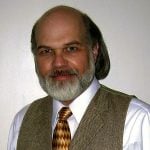 This native New Yorker and transplanted Utahn grew up surrounded by classics of literature and motion pictures. The former Overstock.com web content specialist now writes for periodicals, corporations, and individuals, telling every kind of story. The self-described “gifted amateur” historian loves bringing the facts of the past to life with stylish prose and an ever-surprising sense of humor. He can even be found living the past—performing a one-man show portraying Delaware’s Jacob Broom at the 1787 Federal Convention or re-enacting the trials and triumphs on America’s pioneer trails during the 1840s.

As a Story Terrace writer, Phoenix interviews customers and turns their life stories into books. Get to know him better by reading his autobiographical anecdote below.

I looked at the highway, barely visible in the darkness. The last time this Jersey boy was on Interstate 80 was the preceding August, a soon-to-be freshman headed for Brigham Young University. Somehow, I’d gotten myself pledged into the Intercollegiate Knights and was now headed for their annual convention at the University of Missouri-Rolla. Why? Because Craig Sheppard, our chapter president (the “Duke”, as we called him) said it would be fun. I’d never been farther west than Philadelphia, and now I’m driving across the country in a university-owned van with five people I hardly knew.

I checked the dashboard again: Half a tank, plenty of amps, the radio is loud and clear. Thrilling. I scanned the road. Where’d the snow come from? It wasn’t snowing when I looked down. It never snows in New Jersey in April. I touched the brake, cutting the cruise control. When the van slowed to 55, I reset the cruise. Then the wind whipped the snow into a blizzard-like frenzy. I couldn’t see even sixty feet. Oh, NO!

“Does anyone know how to kill the cruise control?” Bad choice of words, Phoenix. I didn’t hear any suggestions, so I gently tapped the pedal. No slowdown. Okay, here’s where we find out if we’re living right. I pushed the pedal till I felt resistance.

I was too busy fishtailing to notice who said that. Think, dammit, your father taught you how to steer out of a skid. ‘Don’t touch the brake.’ Blew that one. ‘Steer in the direction of the skid.’ Forty degrees left, fifty degrees right, seventy degrees left. What the hell is this, a James Bond movie? Oh, I don’t want to look. So, I didn’t.

“We’re headed for the shoulder, there’s a ditch!”

Instantly, we were on the shoulder and sliding sideways. The left tires hit something and stopped. The roof rack didn’t! I’m going to wreck a BYU van! They’ll never let me graduate if I wreck a BYU van! Suddenly, the tipping stopped and we fell back on all four tires. Thank you.

We arrived safely in Missouri, where ours was voted the most exciting of the three accidents conventioneers had en route. It was an honor we could’ve done without.

Get in touch today to work with Phoenix!