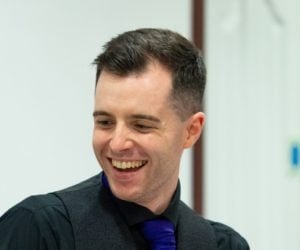 Robert was born in Singapore but raised in Australia for seven years but all his family are Scottish, so he considers himself a bit of a mixed breed! He is married to April and they have a 3 year old son called Coen. Being his dad is his proudest achievement. His name “Coen” is the Aboriginal Australian version and means “Brave” and “Thunder”.

Robert has 17 years of customer service experience within the Retail, I.T., Hospitality, Banking and Motor Trade sectors. He also has 8 years sales experience in retail, motor trade and banking. The one driving force in each of his roles is speaking to different people every day. He has found that he can connect to people on a personal basis and see beyond selling just another product to them. Providing a great service to his customers is one of his core values.

He loves sports, music, film and books. His main sports are football and basketball, and he is a lifelong Glasgow Rangers and NBA fan.
He originally wanted to be a singer and his claim to fame is performing in front of 5,000 people.