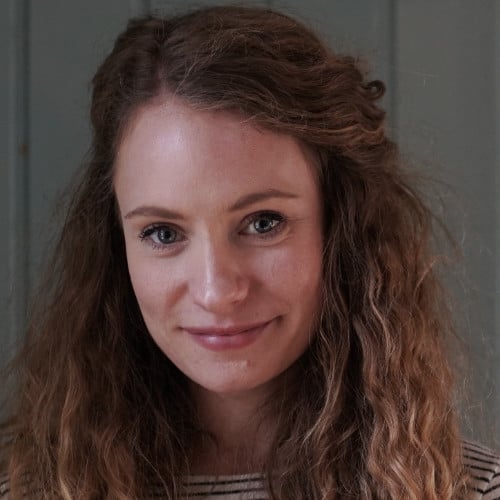 After graduating in 2010 with a degree in English Literature from the University of East Anglia, Louise spent a couple of years in New Zealand – where she lived in a van in someone’s garden – and Australia, returning home in 2013 via Malaysia, Thailand, Vietnam and southern China. This was followed by a stint working at a drug and alcohol rehabilitation clinic, which is where her love of people and their stories was born. She then spent a year getting lost among the dreaming spires while working at Oxford University Press, before arriving in London to develop her skills as an editor at Macmillan. She joined Story Terrace in 2017, where she works closely with customers and writers to bring people’s stories to life.

As the Story Terrace Managing Editor, Louise enjoys bringing stories to life herself…

A tarantula once chased me round my house from midnight until four in the morning.

Let me set the scene. It was my final year at university, and my friends and I lived in a stereotypical student house: it was terraced, it was damp, and it had limp curtains hanging at windows that hadn’t been replaced since the industrial revolution. There was also a four-inch gap underneath the back door, and it’s through this gap that the tarantula must have strolled on that fateful night.
People have insisted over the years that it can’t have been a tarantula – that it must have been a large garden spider, nothing more. Well, it wasn’t. Its body was roughly the size of my palm, its legs were longer than my fingers, it was hairy and it was clever. I’m not denying that my imagination may be adding a flourish here or there but, basically, I know what I saw. It was someone’s escaped pet tarantula, and I stand by that assertion to this day.

By the time I was made aware of its presence, it had crept up the stairs and was lurking outside my bedroom door. My light was off and I was in bed; my friend Beth was heading upstairs to her own room and switched on the landing light, which was right outside my door. Her scream cut through the night and sent me rocketing into the air like a cat that’s been sprayed with a hosepipe.

Chaos ensued. As commonly happens after seriously traumatic events (not wishing to be overdramatic, of course), my memories of that night exist as confused flashes of noise and panic: running, shouting, the smashing of glass. At one point I was standing on a chair holding the Complete Works of Shakespeare over the thing as it taunted me from the carpet below, with Beth screaming from the stairs, “DROP IT! DO IT NOW! DROP IT!”

Here’s the thing: it was following us from room to room. After its first appearance outside my bedroom door, it leapt across the threshold and disappeared under my bed, so I decided I fancied sleeping in Beth’s room with her; no sooner had we settled down than a tell-tale shadow appeared under her door (why were there such large gaps under all these doors?), and as we turned on the light it made a dive for one of her shoes, disappearing inside. Then we seized her duvet and barrelled down the stairs, making for the safety of the sofa; as I glanced back over my shoulder it leapt out of the shoe and gave chase, scuttling (I’ll even go so far as ‘galloping’) after us with pure bloodlust in its many, many eyes. We were trapped on the sofa for about an hour because it set up a vigil right in the middle of the living room, biding its time.

Eventually, we got the vacuum cleaner out and went on the offensive. I kid you not: it dragged itself free of the nozzle, clinging to the fibres of the carpet. That was the point at which we threw in the towel and called for backup: a friend drove from the other side of Norwich to come to our aid, arriving at just gone four in the morning. Beth and I cowered in the bathroom, listening to the shrieks and alarming crashes from the living room as our friend did battle with the monster. After a while – I’m not sure how long, time had ceased to exist for us by then – she told us to come out. The thing had gone. She’d managed to trap it in a vase (a pint glass being too small) and get it outside.

“What if it comes back in?” I asked, eyeing the gap under the back door.

“Oh, it won’t,” she said. “I took it four streets away and just chucked the whole vase into a bush. It won’t know how to get back.”

We weren’t convinced, and the manager of the local Homebase got a surprise when he turned up four hours later to find two bedraggled girls waiting for him to open up. We surrendered what was left of our student loans in exchange for a broad variety of fillers and sealants, and spent the rest of the day fortifying our ramshackle house against a repeat attack. In the years since, this has become something of a habit whenever I move somewhere new: I have lived in many different places and in a wide range of conditions, and have (touch wood) never had a similar experience.

Four hours that beast tormented us. And it turns out that all we needed to foil it was a heavy-duty draught excluder.