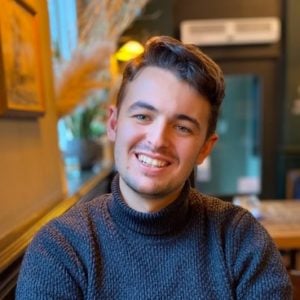 After graduating in 2016 with a master’s degree in English Literature, Culture and Theory from the University of Sussex, Jack moved into publishing, first working for The Quarto Group before going on to work for The Reading Agency in various roles. Spending the majority of 2019 travelling and working in New Zealand, he returned to the UK via Australia, Vietnam, South Korea and Japan before taking up his role at StoryTerrace in 2020, where he works closely with customers and writers to help bring people’s stories to print.