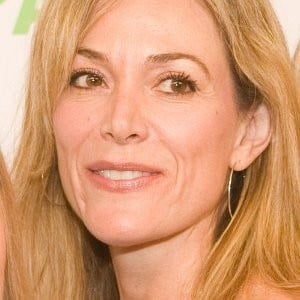 Nikki spent her early career in the world of feature film story development in Los Angeles, with stints at Twentieth Century Fox, Paramount Pictures, and Propaganda Films. Eventually, she discovered documentary filmmaking, and she fell in love with the world of creative nonfiction. Nikki started Life-Portraits Documentaries to capture biographical documentaries for everyday people. She has an MFA in Creative Nonfiction from Sierra Nevada College. Nikki enjoys writing memoirs and is an adjunct instructor in Visual Media and English at Nevada State College. She is also the founder and executive director of the Nevada Women’s Film Festival.

As a Story Terrace writer, Nikki interviews customers and turns their life stories into books. Get to know her better by reading her autobiographical anecdote below.

Last year on Halloween, we celebrated my boyfriend Josh’s birthday in New York City. He knew of a musical instrument shop he wanted to check out, and that’s all he told me as we left our hotel in Midtown. Fifteen minutes later, we entered an old four-story building on Walker Street completely overflowing with upright basses. David Gage String Instruments. It was bizarre and beautiful. A family business. An appointment is usually required, but Mrs. Gage graciously allowed us in. Everywhere I looked: nothing but basses… some in the repair room, some for sale.

It had a visceral effect on me. The instrument itself is striking, sure, but the size, the woodiness and distinct smell of it, the diverse grains…

It was a stark reminder of my father, and a symbol of his very integrity. He had continued to haul around his upright years after the electric bass gained favor. His refusal to adopt the electronic instrument wasn’t just a preference for the big acoustic sound, it was a code of honor for him—a means to hold onto a better time before rock took over the airwaves and forever changed our culture.

Josh went off to scope out a potential new purchase while I chatted with Mrs. Gage. “Has anyone filmed here?” I asked.

She recognized my interest. “You must be a filmmaker. My brother makes documentaries and teaches at a school in Berkeley. He made the documentary, The Times of Harvey Milk.”

What a random, interesting fact, I thought. It didn’t bother me that she didn’t answer my question. I felt a sudden simpatico with this lady. Like we were family. I wanted her to adopt me, and to share her brother with me.

“My father was a bass player; he played here in New York.” I wanted to tell her how moved I was to be surrounded by these basses, about growing up with this instrument and being at my dad’s audition at The Sands hotel when I was two. Instead, I rambled on about his 1,077 Broadway performances of Kiss Me Kate; not uninteresting but only a fraction of what I wanted to express. I fumbled with my iPhone until I finally found the image I was looking for. The picture of Dad in uniform with his bass back in his Marine days at the Air Station circa 1945.

Only later, I remembered my father’s belief that the bass saved his life; how he never knew on any given day back then if he’d be shipped off to a combat mission, but he was pretty sure they kept him around to play with the bands and orchestra. The symbolism of this instrument ran deep.

Mrs. Gage seemed to understand there was a lot more to the story. “Nice,” she said, studying my photo carefully. “That looks like a good German bass.”

When we returned home, I convinced Josh to come with me to my storage unit on the edge of town. Here were the remnants of my parents’ lives, the artifacts I’d rescued from the house on Nahatan Way—hundreds of reel-to-reel tapes, letters, sheet music, framed Frank Sinatra and Sammy Davis autographed LPs, all stored in a hundred or so dusty boxes alongside some music equipment I’ll never know what to do with. Amps. A vintage keyboard and heavy reel-to-reel player. A 1970s style Papasan chair. I definitely erred on the side of conservatism when deciding what to keep and what to chuck. And the pièce de résistance: Dad’s bass, in the canvas cover I’d had dry cleaned after he passed.

We hauled it back to Josh’s place and compared his bass to my father’s. I looked at them objectively. Because the string bass comes in many styles, sizes, wood grains, and countries of origin, it was startling to see that these two were eerily similar. “Look at the bowing,” Josh said, pointing out the slightly curved backs. Identical.

Obviously, Josh and my father would have had a lot to talk about… if only they had met.

Get in touch today to work with Nikki!