Nancy wrote and produced Emmy award-winning documentaries for National Geographic and Discovery Channel before shifting gears to write profiles for national publications. Nancy has written a book about her experiences in film and is at work on a screenplay based on the true story of a heroic young girl in 1950s Virginia. She feels that it’s the people who make any story come alive. When she’s not writing, she can be found playing tug of war with her dogs, puttering in the garden, or cooking with her husband, Edward.

More Than I Thought

Trekking up a fifteen-inch wide, rock-strewn footpath carved into the side of a mountain high in the Himalayas during monsoon season was not an activity I had ever envisioned for myself. But here I was, researching a documentary about the fiftieth anniversary of the first Mt. Everest climb by Sir Edmund Hillary and Tensing Norgay.

I was well prepped for the trip, having taken meds to avoid altitude sickness and loaded with sound advice about shoes, outerwear, and local customs. Nothing really prepares you, however, for a night spent in a hastily erected tent pitched in the middle of a yak pasture, with torrents of rain pounding the canvas.

Sleep was elusive due to a combination of vivid dreams induced by lack of oxygen, general exhilaration, and nervous anticipation. I did drop off, finally, and awoke to the agreeable sound of yak bells, which was accompanied by a wide range of smells, not all of them as pleasant. Disoriented doesn’t begin to cover it.

I was struggling to clear my head when the flap to the tent opened, sending water streaming onto my sleeping bag. A young Nepalese boy with a broad smile appeared and handed me a mug of delicious tea. Without a word, he disappeared. After a few sips, I began to feel vaguely human and realized the rain had ended. I ventured just outside the tent, expecting to see my yak companions and, with any luck, my cameraman.

Still sleepy and fuzzy-headed, I glanced behind me, checking for impending bovines and then looked up. There, appearing and disappearing among the clouds that were rolling along the horizon, was the unmistakable profile of the highest mountain in the world—Everest. It took away what little breath I had.

That moment was the beginning of an adventure filled with revelation and tragedy that challenged me in a way I have not experienced before or since. I never reached the summit, but Everest left its mark on me. 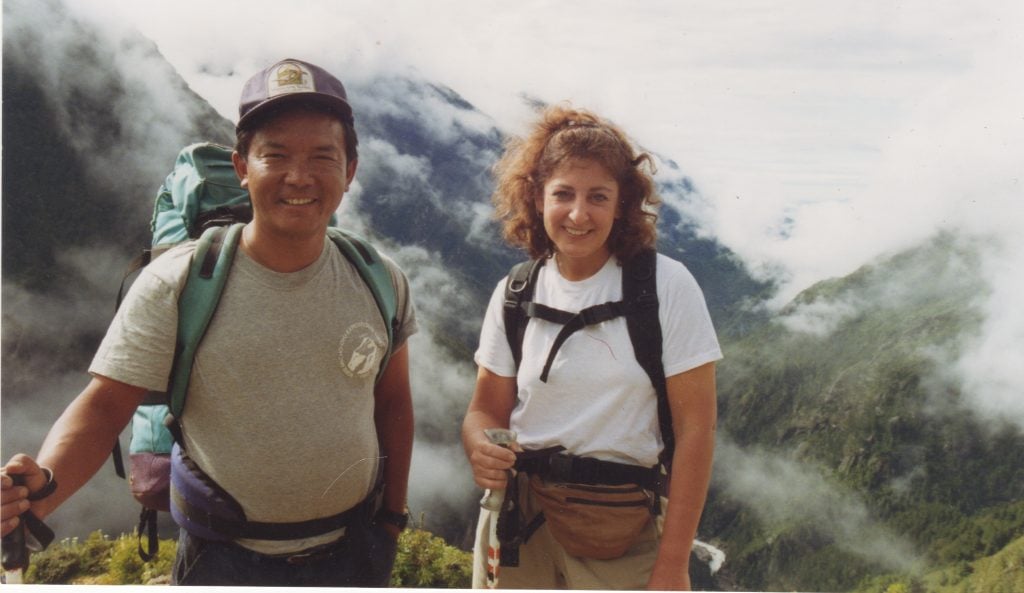