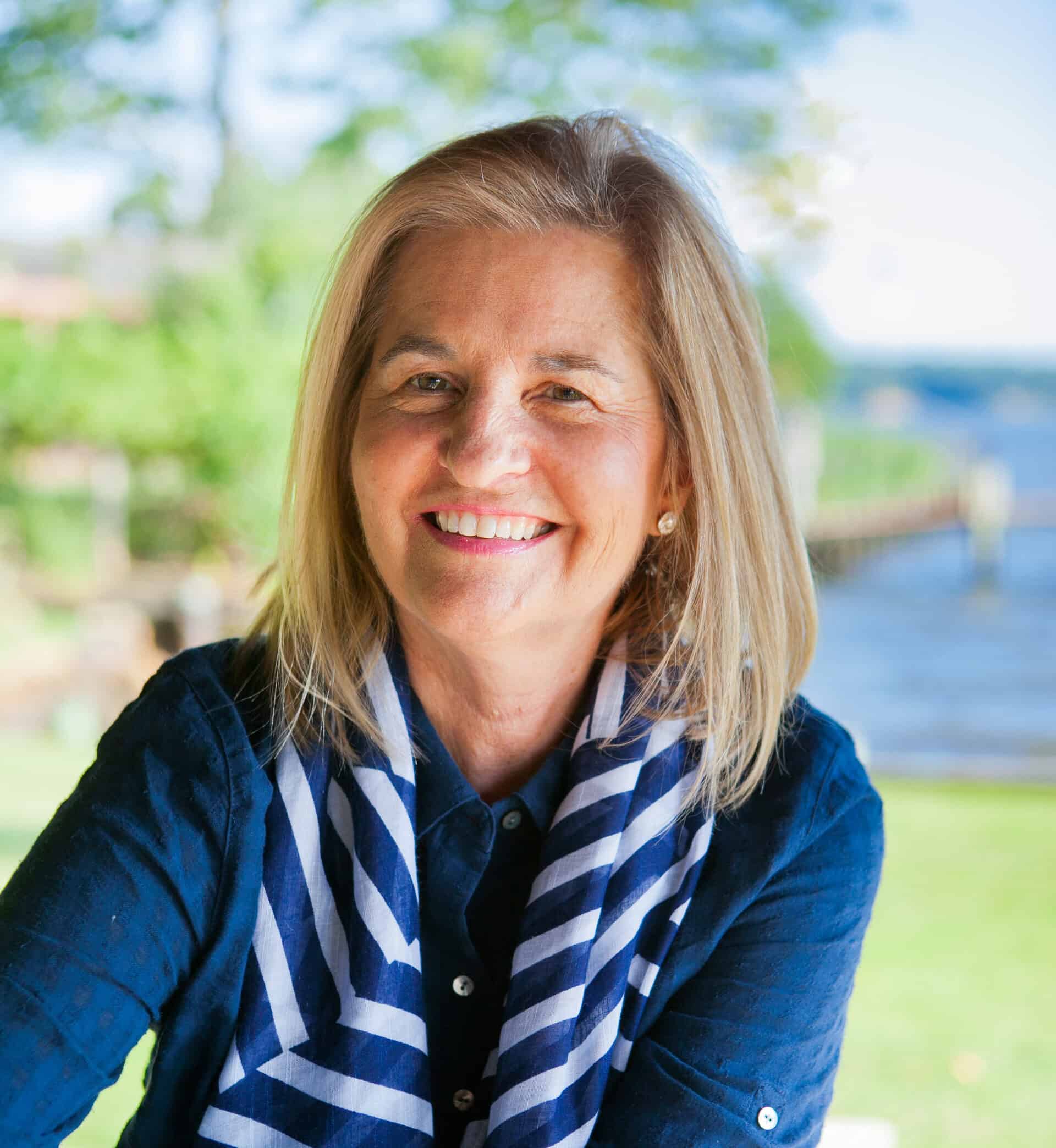 As a freelance writer and narrative life coach, Nancy helps people explore pivotal life moments—those that bring joy and those that show where resiliency resides. A certified personality type practitioner, her deep insights tap into a storyteller’s “voice” to amplify their strengths and struggles. Nancy has written on diverse subjects including wellness, addiction recovery, careers, home design, and film (she’s a movie buff). Credits include magazine features, blogs, memoirs, and work for nonprofits and corporations (Annapolis Film Festival, QVC, Caron Treatment Center). She has a B.S. in Human Development and Family Studies and an M.A. in Education from Cornell University.

The first time I felt the gravitational pull of marching band music, I was sitting at my desk in my college dorm. The far-away sounds of the band’s rhythmic bass wafted through the window and I took off running, like a deer, to find it.

I came upon the 100-man military-style band practicing their marching maneuvers on a football field overlooking Cayuga Lake. Women were conspicuously absent from the ranks. The good news was that the all-male band was finally “going co-ed.”

“What instruments do you play?” the leader asked.

“We’ll put you on the glockenspiel.”

The next thing I knew I was marching up a steep hill with a tenor drum smashing my left thigh, cymbals crashing behind me, and a 6’5” bass drummer dropping expletives and yelling, “Move it!”

The next day, I asked for a lesson. When I copied the drum leader’s cadence to a T, yet failed to heed any codas, he asked, “Are you reading this music?”

“Have you played the drums before?”

“Have you ever been in a marching band?”

Luckily, he vowed to keep my secret.

My formal musical training was shaky. I was raised in a big family that loved music but not the sight-reading, oboe-playing, music theory serious stuff. We were taught to hear it and feel it. Dad was Frank Sinatra. He taught us to croon to “Young At Heart” and, at Christmas, perform his rendition of “Mr. Sandman” (“Mr. Santa”). Big band arrangements and Broadway show tunes created a permanent soundtrack, set on repeat, in our living room. I could pound out the drum solo in “Wipeout” on our kitchen table and play “Oh! Susanna” on the harmonica. That was the extent of my repertoire.

So, for every parade and halftime show for three years I persevered, jury-rigging my way through obstacles. To eliminate bruising, I tied the drum to my leg with plastic boondoggle. I taped a cheat sheet to the drumhead with phonetic da-da-da’s for
“Onward Christian Soldiers.”

Many years later, when my bed-ridden dad was in his final hours, unable to speak, I nuzzled my face close to his and tucked one ear bud from a Walkman in his ear, and the other in mine. He held my hand and drummed on his chest, even pretending to “dip” me like a dancer to Frank Sinatra’s “I’ve Got You Under My Skin,” and we both remembered. 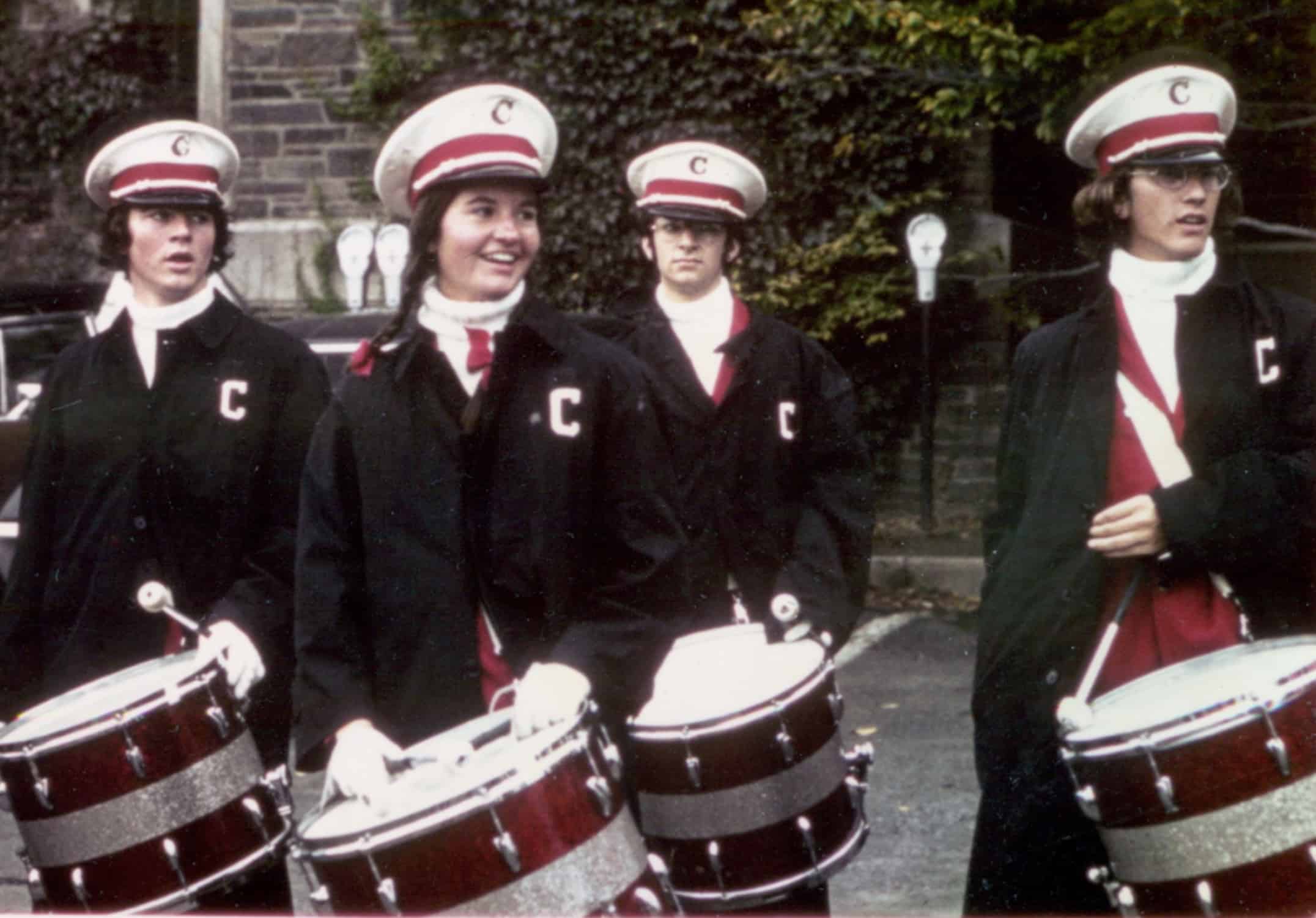