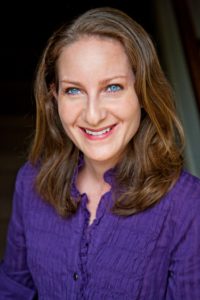 Monique loves writing, as it transports her to another time or place. Her passion for writing began as a child while penning stories in her journal. Now, as a freelance writer, she has 20 years of experience in corporate marketing communications and is the author of two novels. Monique was born in Cape Town, South Africa, and her grandparents were European Jews who fled their home as Hitler rose to power. It’s their story that was the inspiration behind her historical novel, Across Great Divides. She looks forward to deepening her passion by creating unique stories as a ghostwriter.

As a Story Terrace writer, Monique interviews customers and turns their life stories into books. Get to know her better by reading her autobiographical anecdote below.

The Past is Never Forgotten

On November 9, 1938, an orchestrated whirlwind of destruction was unleashed on the Jews of Germany. From the streets of Berlin to the smallest towns of Germany and Austria, more than a thousand synagogues were set on fire and destroyed, and thousands of Jewish shops and homes were ransacked. The 24-hours of violence became known as Kristallnacht: the Night of the Broken Glass.

Seventy years later, on November 9, 2008, I sat alongside other young American Jews in Germany’s largest synagogue, Rykestrasse Synagogue, located in Berlin. As a participant in the American Jewish Committee’s ACCESS Program, I looked on in awe as German Chancellor Angela Merkel addressed hundreds of Jews and non-Jews who sat together at a commemoration ceremony to mark the anniversary of the Nazi-incited violence.

Sitting in one of the restored synagogues that was among the many damaged or destroyed during Kristallnacht was a moving experience. It showed me that there is hope for the future and that as human beings, we can learn from the past and create a better world for future generations. My belief is that with a little knowledge and understanding, these kinds of events can be prevented.

As a Jew, who lost family in the Holocaust, being in Berlin brought on mixed emotions. As I walked the streets of Berlin, I could not help but wonder who the old man was who walked passed me. It is still impossible to comprehend how the annihilation of the Jews even happened. Reminders of the Holocaust can be seen throughout the streets of Berlin. A vast Holocaust memorial consisting of 2,700 concrete slabs built by American architect Peter Eisenman is a national reminder and lasting symbol of the Holocaust. Standing in front of the gigantic stone structure that made up the memorial, I imagined a large grey maze or graveyard. The shadows of an old Germany are still very much there, but I believe the Germany of today will not forget the Holocaust anytime soon.

Each memorial in Berlin and other German cities shows Germany’s willingness to come to terms with its past. It’s painful to think about what my people went through as European Jews during the Holocaust, but I know I will always honor them; and as I walked the streets of Berlin, I was proud to be a Jew in a Germany that is no longer enveloped by darkness, but by symbols of hope and courage. 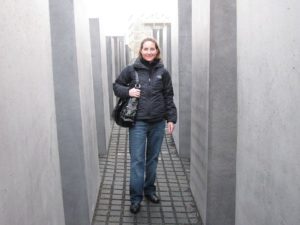 Get in touch today to work with Monique!