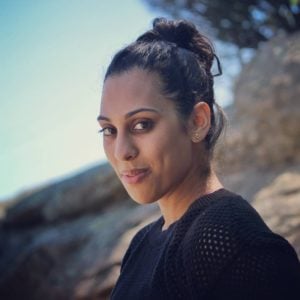 Michelle wears a lot of hats including academic, local journalist, facilitator, book reviewer, and shopgirl. Her essays have popped up so far at GOOD, Fourth & Sycamore, and Roar, and one time she accidentally found herself on a radio show. She has always loved reading, so writing was a natural extension. Coincidentally, inventing cocktails, learning about Scotch, baking, yoga, and making friends with random dogs seem to also be natural extensions of writing.

As a Story Terrace writer, Michelle interviews customers and turns their life stories into books. Get to know her better by reading her autobiographical anecdote below.

We’ve all suffered from soramimis, misheard lyrics, but some are worse than others. Sure, there are the embarrassing ones that are revealed at public karaokes or when in long car rides with friends—but when they are songs sung all summer to children aged five to fifteen at camp, things can get a little hairy.

I had spent about fifteen years at the camp, but it was my first year actually becoming one of the counselors I had idolized as a child. When I was little, being a Deer Lake Camp Counselor seemed like the coolest job in the world. When I was older and participated in the leadership programs, I ended up in what I thought was even cooler—teaching rock climbing, teaching communication through silly games, and helping groups and individuals grow. But at nineteen years old, after three years of having to be, in many ways, older than I was, I was burned out.

I transferred over to the day camp for some relief from the stress of a climbing site or teaching a high ropes course. I learned what most kindergarten teachers know: it is easier to broker peace in the Middle East than to wrangle twelve to fourteen kindergarten-through-second-graders in the woods, in the heat, for eight hours a day. But the staff and the songs made it worth it.

There was one, in particular, that seemed silly and a touch gruesome. It went: “So you push the camper in, and you pull the camper out, and the smoke goes up the chimney just the same,” and there were some hand motions and jumping around, and, all in all, the entire camp had fun singing along to it. We sang the most at swim lessons every morning, especially when different swim levels had to practice treading water. The campers would laugh at us leaping about the docks, and would not even notice that they were treading far longer than they thought they could. They’d leave the water ready for the next activity, and we’d have a couple minutes to catch our collective breath before singing and leaping our way to the next thing.

It was an exhausting summer. It was a beautiful summer.

After that year, I went back to teaching the older groups rock climbing, and I eventually went off to graduate school in Scotland. When I returned to the US, the camp needed a program director, and I needed a job; so, six years later, I found myself back at the day camp as staff for the second time.

While running staff training, we have a camp-out and use that time to teach new staff the skits and songs that come up year after year. Jodi and I are standing in front of the staff, and break into my favorite song, the one that has been stuck in my head for six years, tied to memories of leaping around the docks. Just as we hit the end of the first line, Jodi suddenly stops and looks at me hard.

“What did you just say?” she exclaimed.

I felt my stomach drop away for a moment, while I mimed the first line slowly, singing it as I have in front of campers, parents, and staff for years. She started shaking her head at me, laughing.

Well, what can I say? To this day, I still like my version better. 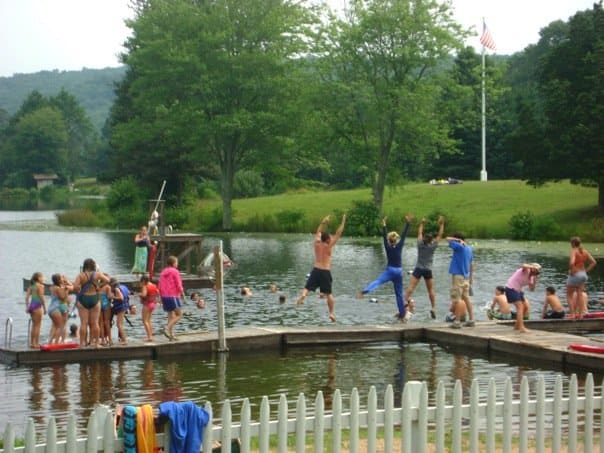 Get in touch today to work with Michelle!