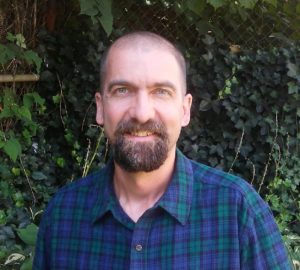 Mark holds an MFA in Creative Nonfiction from the University of Pittsburgh, where he now teaches full-time. His work has appeared in Creative Nonfiction, The Pittsburgh Post-Gazette, The Truth About the Fact: An International Journal of Literary Nonfiction, geez, and Blue Earth Review. And he’s profiled a wide cast of characters, from Verizon’s CEO to an originating cast member of Hamilton to zombie make-up guru, Tom Savini. Reporting for his book, Dispossessed: Life In Our World’s Urban Slums, took him around the world. Mark’s currently writing on urban nature, education, parenting, faith, and empathy. He feels most chill when hiking, watching birds, and kayaking with his kids in the Midwest and Mid-Atlantic regions of the US.

As a Story Terrace writer, Mark interviews customers and turns their life stories into books. Get to know him better by reading his autobiographical anecdote below.

I fear Kalu will fail to make the next step up this mountain. He kicks his sandaled left foot up to a wet, round stone. With both arms, he grabs hold of an exposed hemlock root. He flexes muscles that will almost certainly be bigger than mine someday, and he pulls, and, yes, he’s now upright, but it does take some effort and a moment of tottering imbalance. (Possibly it helps that he learned to walk on a steeply sloped yard populated by urban chickens with an inclination for chasing small children.)

But why should I have doubted him? Over the last quarter mile, he’s navigated every foothold and grab he’s tried. Still, a parent worries.

I look at the trail behind us, a rocky channel serving as both creek bed and footpath, a course marked by sharp crags and mini falls spewing whitewater and drops of several feet. Out here a cracked skull wouldn’t see medical help for many, many hours.

“This is awesome!” Kalu shouts and then leans in and grabs another root.

Now, for the moment, I stop walking. Watching him, with my hands resting on hips, safari hat tipped back, and shoulder pack slouching to one side, I shake my head. For days now—days spent in two of Vermont’s wooded state parks—my son has been set to whining with any mention of this pending half-day hike in the Eastern Adirondacks, telling me that it is his dad who needs “to compromise, so it’s fair, and others are getting to do what they want to do on this vacation,” all the late-night Uno games and worm-hooking and setting-up and taking-down of camp notwithstanding.

Kalu’s more of a play-on-the-beach, roast-marshmallows, go-kayaking, roast-marshmallows, eat-a-cheeseburger, and roast-more-marshmallows-again-and-again-because-the-purpose-of-living-is-apparently-to-consume-sweets kind of nine-year-old. He is less so a hiker. This is probably typical for a kid his age, and of course, the laws of physics work against him as his short stride requires him to double the pace of others in this party—me, my wife, and eleven-year-old Nicola. So, Kalu whines. But now, during our last day of a vacation, this ascent up Crane Mountain’s 3,254-foot elevation has, apparently, suddenly proven to be the best thing since the invention of s’mores.

Online reviews described this hike as “family-friendly,” so I touted it with Kalu, noting that four-year-olds had completed the route—“Lil’ ol’ tottering four-year-olds, Kalu! Surely you can do it!”

But, admittedly, this four-mile loop is proving more challenging than I’d anticipated. Cynthia has slipped a few times, though without injury, and Nicola isn’t exactly cartwheeling along as she had through every stop in Vermont. I recall that American trail builders didn’t come to utilize the switchback much until they were well west of the Mississippi.

Often Kalu and I guide one another. “Hey, Kalu, there’s a hold there,” I say. “And if you put your right foot on that long rock you can work your way up those other rocks like steps. The other way looks pretty slippery.” 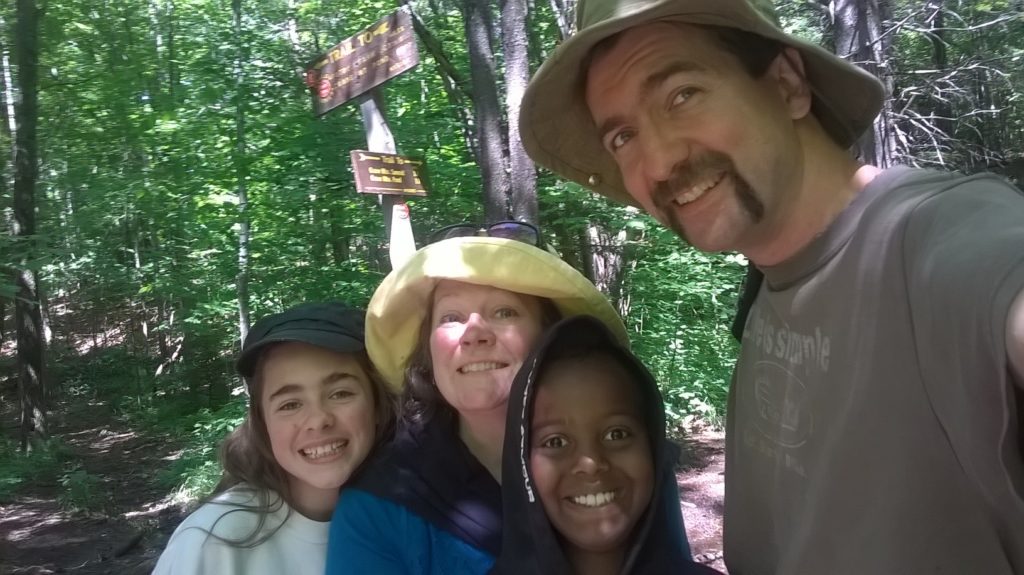 Get in touch today to work with Mark!