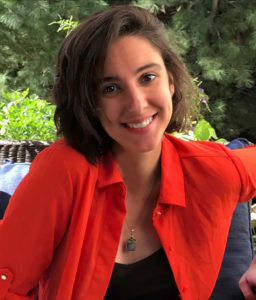 Maegan is a Maryland native and New England convert with a background in journalism, creative writing, and theater. She is a proud graduate of Washington College where she was a finalist for the Sophie Kerr prize, the largest undergraduates writing prize in the country. As a theater writer, she contributes to Howlround, Everything Sondheim, and On Stage Blog. Additional passions and writing interests include holistic living, women’s health, tabletop gaming, martial arts, knitting, and cats. She lives with her partner and small menagerie: Badger the hedgehog and Otter the cat.

As a Story Terrace writer, Maegan interviews customers and turns their life stories into books. Get to know her better by reading her autobiographical anecdote below.

In ninth grade, I bolted from being the consistently shortest girl in my class to one of the tallest, bestowing me with a pair of gangly legs and the new habit of crouching rather than tiptoeing into camera frames. Although my newfound tall-person privileges were many, it wasn’t until college that I grew into my legs.

Spring break of my freshman year was marked not by paper-writing or beach shenanigans, but by the sudden death of my great-uncle, prompting a reunion of my entire maternal family. This small-but-mighty enclave of mostly women consisted of my grandmother, great-aunt, mother—and me, the newly inducted adult.

On the morning of Uncle Terry’s memorial service, we found ourselves crammed into conjoined hotel rooms in eastern Virginia, where my great-aunt and late great-uncle had relocated some years before. My grandmother and I were first to claim the bathroom and wriggle into our nylons and skirts: Grandma Anne due to her usual early-to-rise, coffee-chugging routine, and me out of sheer nerve (I had been elected to cantor the service). We squeezed next to each other in front of the mirror, passing the miniature blow dryer as needed and trying to erase the blemishes accentuated by the fluorescent lights. It was a mostly silent process, interrupted only by the occasional hiss of hairspray, and I didn’t speak a word until Grandma Anne lifted her black dress to adjust her stockings.

I should have more accurately called them gams—for, despite her relatively small stature, my grandmother had legs for days. The sheer black nylon did nothing to conceal their shapely, showgirl-reminiscent curves, which she promptly showed off with a proud sashay across the tiles.

“You never noticed?” she scoffed. “All the women on our side have amazing legs.”

As she completed her look with a few final lipstick-sealing smacks, I sank onto the toilet seat to ponder. I thought of my mother’s slender legs, my great-aunt’s lovely hips—even my late great-grandmother’s skinny legs had been impressive beneath her sensible slacks. I looked, finally, at my own pair, nervously jittering in their modest pencil skirt, and thought of them suddenly as the next in the line of age-defying gams rather than strange new stilts. Still terrified of my impending performance, I gave my grandmother a thankful nod and rose to swap out my black ballet flats for a pair of heels. 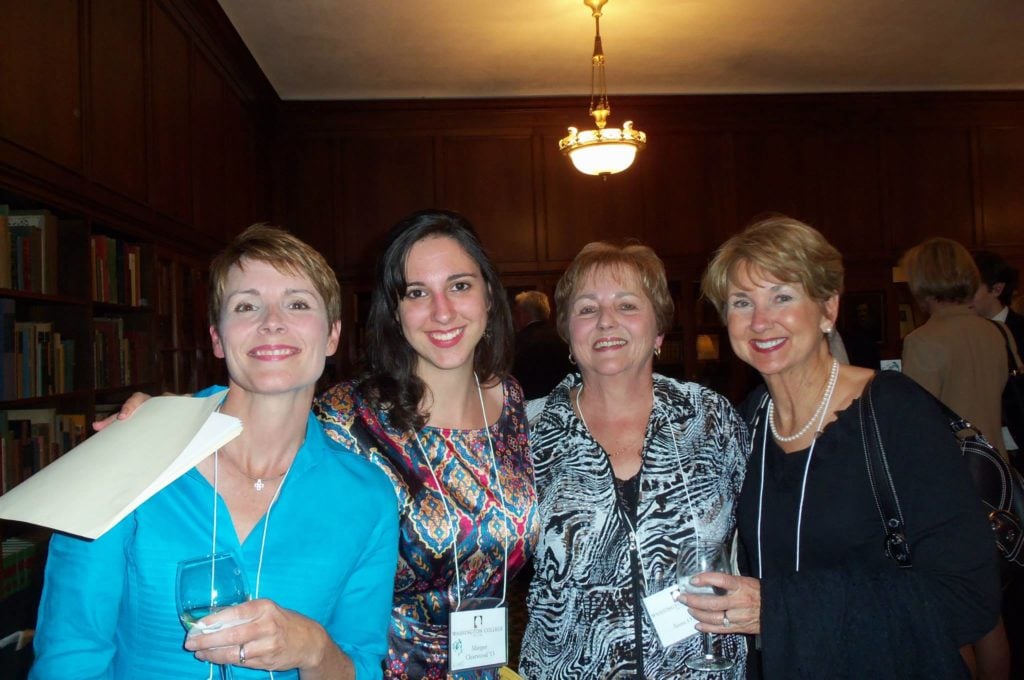 Get in touch today to work with Maegan!