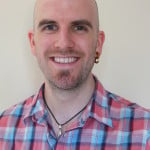 Since completing a Masters in Feature Film Screenwriting at Royal Holloway University London, Luke has written for the BBC Radio 4 comedy shows Newsjack and Show What You Wrote. He produces content for Robert McKee’s writing website Storylogue and also teaches literacy to pupils with special educational needs. He grew up by the sea and enjoys surfing, snowboarding and performing with numerous bands.

As a Story Terrace writer, Luke interviews customers and turns their life stories into books. Get to know him better: you can read an autobiographical story of his own below. Get in touch today to work with him!

There Will Be No Encore

I flailed wildly, swinging my fists back and forth. Make your attacks straight and true, Lucias I thought, if you punch the wasp square on the nose it’s sure to be incapacitated.
Three minutes earlier I’d been gigging. It was August, and I’d travelled with my band 1400 miles to a sun roasted, dusty Portuguese farm. Home to my close friend Tommy. The perfect location for a summer gig.

But during our last song, I felt a piercing pain in my side. A wasp sting. A big one. Contemplating how a wasp could sting me through a shirt, I fought the instinct to stop playing. The show, after all, must go on. Then came the second sting. This time on my back. Reality came into a sudden, penetrating focus. It was under my shirt.

Keep playing, my brain cried. Maybe Tommy can help. He wasn’t known for his wasp whispering ways, but it was his farm and at that moment my judgment was somewhat clouded by the fact I was in danger of being upstaged by an insect.

My face caught halfway between singing and screaming, I caught his eye. But he mistook the agony for the face some guitarists pull when they’re really enjoying a solo. He gave me a thumbs up.
The wasp, a master of comic timing, struck again.
Must. Keep. Playing.

The final thirty seconds of the song became a blur, as I twisted into angles previously unexplored by the human body in a desperate attempt to oust the beast from its newfound hunting ground. Mercifully, the song ended.

“Thank you!” I screamed, because manners are important. Then I ran offstage, ripping off my shirt.
I flailed wildly in an attempt to deliver a swift killing blow to my assailant, whipping my shirt across my skin. This was not only in vain (by this point, the wasp was calmly observing from a nearby tree branch) but also aggravated the stings.

The swine, I thought, it’s stinging me more!

My skin seethed with indignity as I stood shirtless, panting, to see Tommy, the band and the entire crowd all staring in wonder at this whirlwind of ineffectiveness.

Somewhere, deep in the humiliating silence, I heard the wasp snigger. 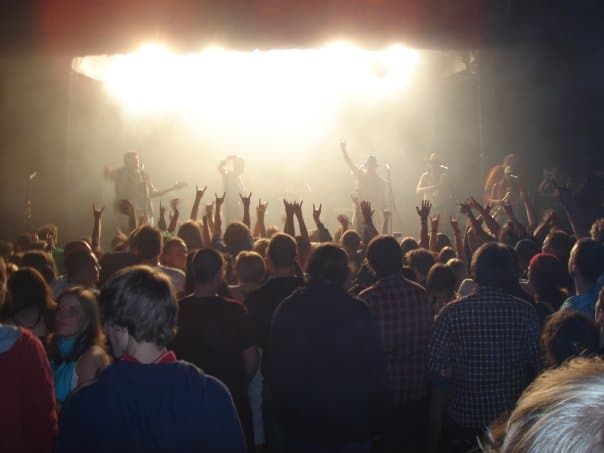