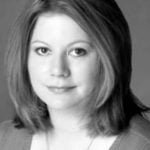 For more than two decades, Kimberley has written for national and regional publications, including People magazine, the New York Times, Los Angeles Times, Hollywood Reporter, and more. The award-winning journalist has sat down for lengthy interviews with some of the most recognized names in the entertainment field, including Tony Curtis, Justin Timberlake, and Celine Dion, and touched on topics from cutting-edge cancer research to autism. She and her husband, Scott, can be found hiking with their young twins or traveling the Southwest in search of ghost towns and adventure.

As a Story Terrace writer, Kimberley interviews customers and turns their life stories into books. Get to know her better by reading her autobiographical anecdote below.

At midnight, the hunger was intense, but I wasn’t sure if it was genuine or just nerves. I had just moved to the edge of Cape Cod and was nearly done unpacking my boxes into the cramped studio I would call home for one humid summer. I could only find one skillet and a bent spatula left behind from a previous tenant. The tears began to well.

It was a tradition in my family to order Chinese takeout on your first night in a new place. We would eat it picnic style on the floor amid the hulking boxes that waited to be split open to fill the empty space and make it a home, our home.

With no delivery service available to drop off steaming paper containers of fried rice comfort, it seemed unlikely I could easily subdue that sentimental craving.

I rooted around my sparse refrigerator for inspiration. The leftover smoked pork ribs from a roadside diner could work, and I’d picked up eggs and milk from the well-stocked corner market earlier that day. I tore open a box marked kitchen to find some rice and cornstarch. I had the beginnings of what could be a decent takeaway fake.

The sauce took some doing, but I thought I could pull it off with the detritus floating around the glove compartment of my car from my long journey east across the country. A few packets of ketchup, soy sauce, sugar, salt, and pepper rounded out my impromptu pantry. I began with a simple combination of soy sauce and sugar while the rice boiled in a large pan of water. The tiny packets of Heinz ketchup became a surprise ingredient that added a layer of brightness that brought the sauce home. Tradition calls for day-old rice, but with a thorough drain of my freshly boiled rice, I was pleased with the results. A satisfying sizzle echoed off the empty kitchen walls as the rice hit the pan with the well-seasoned ribs and fluffy scrambled egg.

As the scents mingled and rose through the tiny space, I began to relax. The trepidation that had followed me across the miles began to turn to expectation. It would take some doing, but my abrupt decision to move to the opposite coast for one summer would become one of the best I would make in my career and my life. 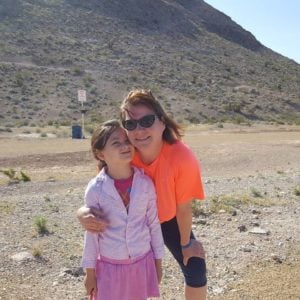 Get in touch today to work with Kimberley!