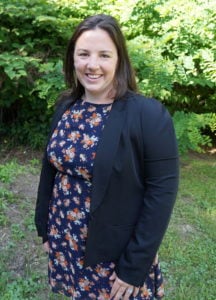 Kelly is a journalist who shares stories of mental illness, addiction, family, and wellness. Her work has appeared in The Washington Post, The Atlantic’s City Lab, Quartz, Vice and other publications. She graduated from Boston University with a journalism degree and worked for Yoga magazine in London and as a children’s television writer in Australia before returning to the U.S. Kelly is married to an Australian immigrant who is now a police officer, and she formerly worked on a book commemorating the experiences of American veterans. She is dedicated to sharing stories of those who serve others, as well as people who have overcome stigmas and challenges to persevere.

April in Boston is when Commonwealth Avenue is at its best, the white popcorn blossoms on the trees bursting against the deep red of the brownstones. The city is still too close to the misery of March to take any sunny, warm day for granted, and normally frigid Bostonians openly revel in spring’s arrival.

Of the April afternoons, Opening Day is the most special. As fans of every age flood into Kenmore Square, the city is electrified. Never mind New Years — Opening Day is when Bostonians truly reset, the slate wiped clean, standing ready for whatever the new season will hold.

Standing there in Kenmore square, with the park to my left and Commonwealth Avenue to my right, I could almost forget the call that I had received the morning before.

“What do you mean, sick?” I had asked my mom. I listened as she rattled off the stories. My father driving 90 miles an hour past his childhood home in a pricey vehicle that he was test driving is the only image that stuck with me. Although I had only learned about Bipolar Disorder in theory, never having seen my father ill, two words sprang immediately to mind: textbook manic.

Now, my father was in the psych ward, and my mother was scrambling to keep the family business running. My three younger siblings had come to stay in my dorm room at Boston University, and I hoped that the excitement of Opening Day in the city was enough to distract them from the terrifying uncertainty of our father’s mental break. With the bustling of the baseball season swelling in my ears, I hoped the plan was working better for them than it was for me.