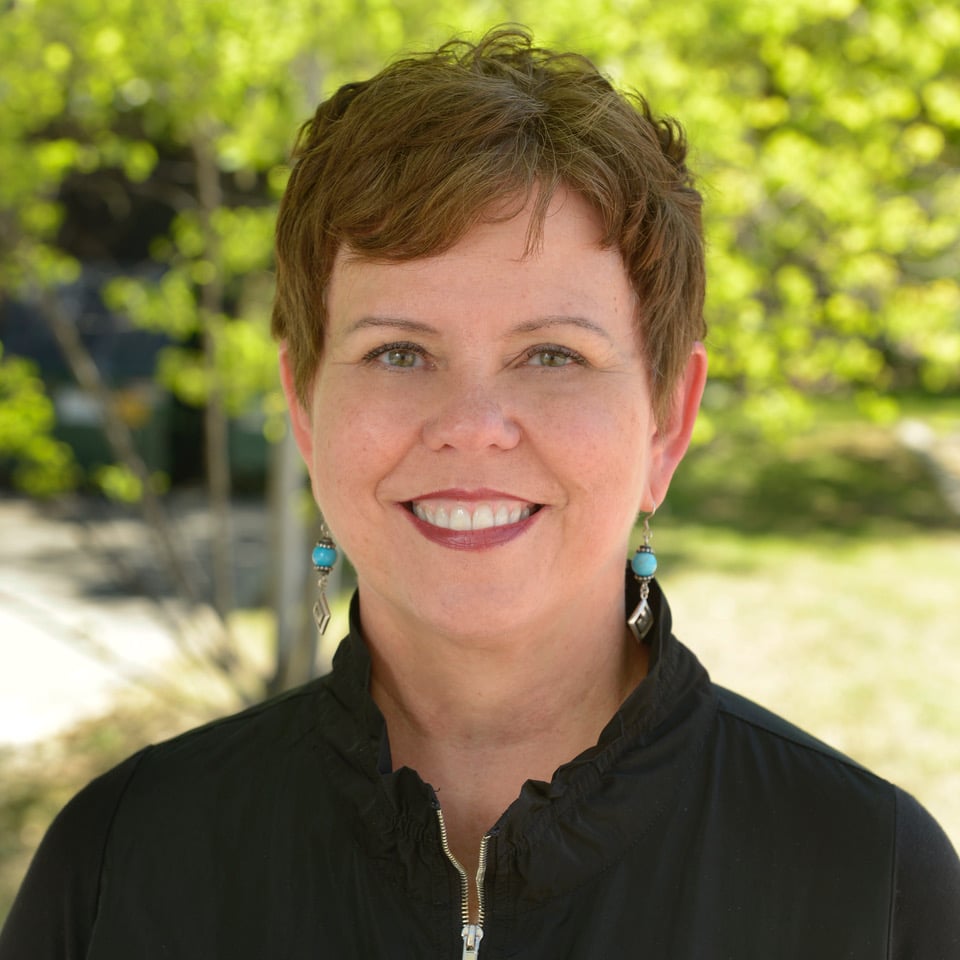 Born and raised in Montana, and formerly married to a military man 20 years, Karen has lived in ten states. Her broadcast journalism career earned multiple state and national awards, including the National Communicator Crystal Award—the highest achievement. A contributing writer for the Associated Press, she has also written for business and spiritual publications, and spent five years writing for TraveliN magazine. An avid traveler, she is also a certified tour guide. In telling a compelling story, Karen relishes uncovering the extraordinary in the seemingly ordinary.

As a StoryTerrace writer, Karen interviews customers and turns their life stories into books. Get to know her better by reading her autobiographical anecdote below.

Courage is Not the Absence of Fear

I felt both relieved and exhilarated. Later I would call it empowerment. I had done what I thought I could not do.

As a military family, upon our transfer to Alaska, we purchased a home outside Anchorage to experience a wilderness setting. But I found myself succumbing to a fear of grizzly bear encounters at every turn. I had to get a handle on it.

When a backpacking trip was suggested by friends, my husband was ecstatic. I was less so. It was May, there would be long days of sunlight; but bears would also be emerging from winter slumber.

“This is a great opportunity!” my husband cheered. “Look at all the things we’ll see, and you can say you did something most people haven’t!”

Admittedly, it was a way to face this fear. Like it or not, I agreed. But I was petrified.

We hiked 32 miles that Memorial Day weekend, finishing in 48 hours. We used a compass to navigate. Water came from mountain streams, hand-filtered for drinking.

Prior to going, I practiced hiking with 40 pounds of books in my pack. One quickly learns bending over with weight on your back is not advised. Squatting, with pack upright on your back, then straightening up is recommended. (Things no one tells you when romanticizing a backpacking trip.)

Fifteen miles in, the other female in our foursome realized she could not carry her 40-pound pack. Our husbands, carrying 60-pound packs, were at their limit. I was called to carry the ten pounds she could not, making my pack 50 pounds.

The four of us linked arms to forge a frigid, glacier-fed river; steadied ourselves to cross rapids via a log, six-feet above; and clung to embedded rope along a steep and narrow cliff. And yes, we did see a grizzly. One preoccupied with berries. Still, an encounter. One I lived to tell about.

At the culmination we had our picture taken. The mountains we prevailed behind us. It was a literal and figurative rite of passage.

This remains one of the toughest things I have done. Fear going into it was paralyzing. Yet it was a turning point. I learned respect for fear, but to embrace it, to live life on my terms. As John Wayne said, “Courage is being scared to death—but saddling up anyway.” 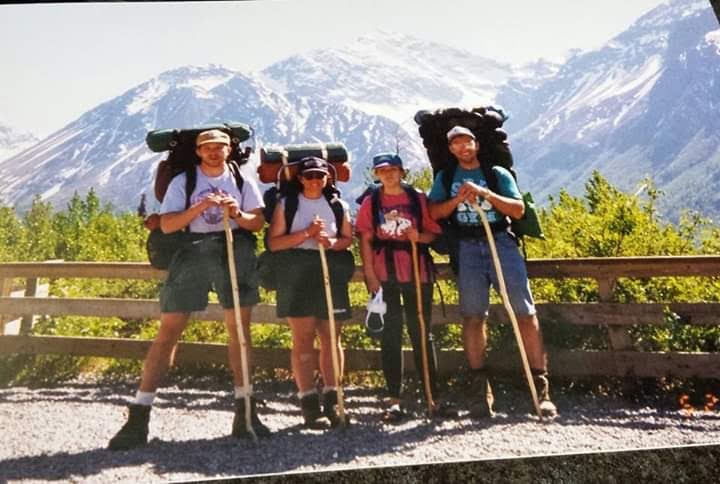