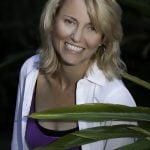 Karen is a bestselling author who’s worked with some of the largest and most established publishing firms in the world, including Penguin, McGraw Hill, Wiley, and AMCOM. Over the last decade, she has ghostwritten, edited, and doctored a plethora of books on behalf of her clients, some of which have been published by major publishers and also become bestsellers. Karen has lived and written throughout the world. She spent seven years as a wildlife photographer and writer in southern Africa and, after moving to London, spent two years writing daily financial analyses for a boutique investment firm. She also made appearances on Sky Business News and Reuters TV and conducted daily commentaries on Bloomberg News. Karen has also written three novels, countless short stories, and is a 2011 graduate of the Odyssey Writer’s Workshop.

What Worried Me Most

It wasn’t the bodyguards that worried me—“my” bodyguards to be exact. Ten of them, loaded to the eyebrows with machine guns and ammo belts. Nor was it my bomb sweeper. A sweaty, shy man named Abdullah. It wasn’t even that we couldn’t stop the pickup truck for very long, eating our meals of naan and dhal on the go. The real worry lay elsewhere.

But let me backtrack. Western Pakistan, 2014, a few dozen kilometers from the Afghanistan border. A client had hired me to tour rural Pakistani schools funded and built by an international charity and ghostwrite the story he had witnessed: one of equal portions deceit, graft, and hope.

Always a travel nut, I leapt at the opportunity to help this man tell his story. After polio shots, malaria pills, and a grueling series of flights and dusty roads, I was in the province of Khyber Pakhtunkhwa: turbans, burkas—and yeah, those armed bodyguards.

The schools really existed, I soon discovered. But before they let my client and I into them, before they let me meet with the young girls and boys eager to see their first western woman (“Other than on Sex and the City!”), Abdullah did whatever bomb sweepers do to stay alive. Maybe that’s why he was always half-smiling as if he’d just been given a snow-day break from school.

I quickly learned the accusations against the charity were mostly untrue. These insanely impoverished girls and boys had been given books, teachers, and the buildings in which to learn. But due to the false allegations, their funding was drying up, and soon they would be back to laboring in the fields rather than over their math tests. What could I do about it?

Write their stories. Just like yours. Every person has a story that needs to be heard. It’s what makes us real, and it’s what we can bequeath to those left behind when we pass. Our story is our legacy, and I have a gift for helping people tell theirs.

But back to Pakistan. It wasn’t the locals that worried me, either. In fact, I was treated like a queen. No, the real worry was…