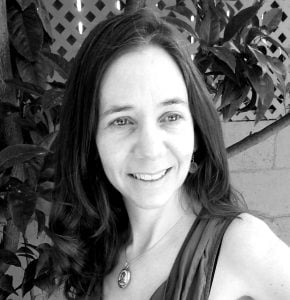 Karen is the author of two middle grade novels, most recently Snowize & Snitch: Highly Effective Defective Detectives. Her work as a scriptwriter includes the medical drama, Jozi-H (co-creator), the soap opera Generations, and animated series Magic Cellar, which aired on HBO. She has a BA in English and Psychology from the University of Cape Town and a degree in Journalism from Rhodes University. Her work has appeared in Marie Claire South Africa and her prize-winning screenplay Amanzi has recently been optioned.

The Sky(lab) is Falling on Our Heads

The year was 1979. Skylab, the space station that had orbited our planet for six years, was prematurely reaching the end of its life and, due to poor planning, was now on a collision course with Earth. NASA calculated the odds of a piece of Skylab hitting a human were extremely low, something like one in 600 million. There was speculation about where the debris would fall. Somewhere in the Atlantic. Or the Pacific. Most likely the southern hemisphere. While scientists applying mathematical equations could not come close to pinpointing the exact location of Skylab’s final resting place, my mother, on the other hand, knew precisely where pieces of hurtling space junk were destined to land. On our house.

How she came to her conclusion, my eleven-year-old self did not question. By now I was conditioned. The world was full of dangers, and my mother made sure I was aware of them all. Danger lurked in the most simple of things. A slight headache? Could be meningitis. A cough? Perhaps pneumonia. A temperature? Check for Congo fever. Riding a bicycle? Certain death.

It made perfect sense that on July 11th, Skylab was not going to fall just anywhere in the southern hemisphere, but in Cape Town, South Africa, in our suburb, and directly on our house.

On that evening I remember standing with my sister in the playroom of our family home, watching my mother anxiously search the night sky for signs of impending doom. She hovered by the window, furtively pulling back the curtain every now and then, trying not to alarm us more than she already had. We watched as she paced up and down.

“Alright,” she said, coming to the conclusion of some internal debate we’d not been privy to. “Everyone in the car.”

“But we’re in our pajamas,” my sister and I protested. There would be no arguing. Not when a former space station was about to fall on our house.

So we piled into the car and mom drove us the single kilometer to a friend’s house. The friends were perplexed, but welcoming, and I imagine my mother’s anxiety was somewhat alleviated. She had averted disaster.

It was a simple, yet perfect plan. If Skylab was destined to fall on our house, then we just wouldn’t be there when it happened.