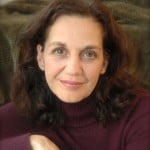 Jessica likes words and tennis (not necessarily in that order). Formerly the editor of NJ Life and Leisure, she has also written humor columns for Life and Leisure and many Patch sites. She’s had personal essays published in the New York Times and Huffington Post and short fiction published in online literary journals. Currently, she works as a freelance writer/editor and writing coach. Her superpower is helping people find their voice and express themselves in clear concise ways.

As a Story Terrace writer, Jessica interviews customers and turns their life stories into books. Get to know her better by reading her autobiographical anecdote below.

The other day we played “Dink,” one of my tennis instructor’s many Fun Tennis Drills with Silly Names. Dink is a doubles drill that allows you to practice hitting the ball softly, but at such an angle that your opponents will not be able to get to it. Unless they’re under 30. Or Olympic sprinters. Or both. You’re basically just “dinking” it over the net. It’s a quiet shot, a soft touch. When any of us actually dink in a game, we call it The Mature Shot.

My love for The Mature Shot knows no bounds.

Once you master these gentle shots, you can win a lot of points with them. But they’re hard to execute, because, as far as I can tell, most of us are on the court for one reason only: to hit that tennis ball as hard as humanly possible.

It takes an inordinate amount of restraint to dink. The ball is coming at you over the net, and you are right there, ready for it, anticipating its arrival, and then somehow something wise and grown-up kicks in. Although you crave it with every cell of your being, you choose not to smash the ball back where it came from. You choose not to say to this ball: Take that, you eye-rolling teenager! Take that, you willful toddler! Take that, you husband who will never load the dishwasher properly! Take that, you aging parent who can’t figure out where you put your bank statements! You are choosing not to say: Take that, you childhood leukemia, you Stage IV cancers, you car accidents and plane crashes and epidemics and natural disasters! Take that you pessimists and naysayers and general inconsiderates—every last one of you that is ready to quash the enthusiasm or spirit of your brothers or sisters.

You are not whacking that ball hard and fast and mightily and shouting: Take that you prolapsed bladder, you depleting estrogen levels, you AARP mailings! Take that, you short term memory that is deteriorating too fast, or maybe not fast enough.

Instead, you are simply and quietly saying, “Dink. I win that point.”

When you watch someone dink, it’s like you want to just stop and bow to her. Not because of the skill or talent it takes to pull off a shot like that. But because you deeply understand what she’s had to let go. 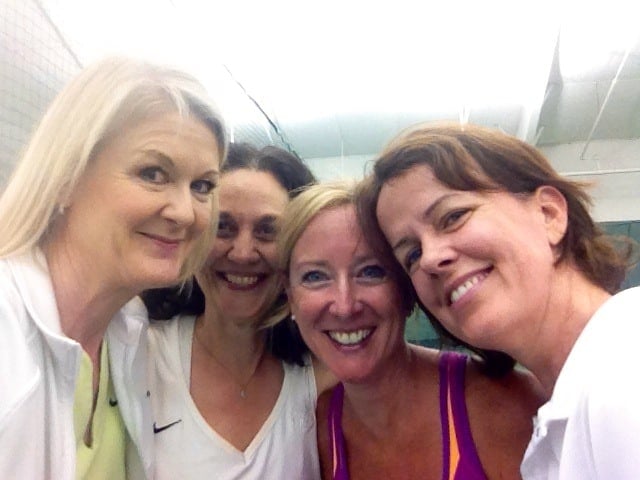