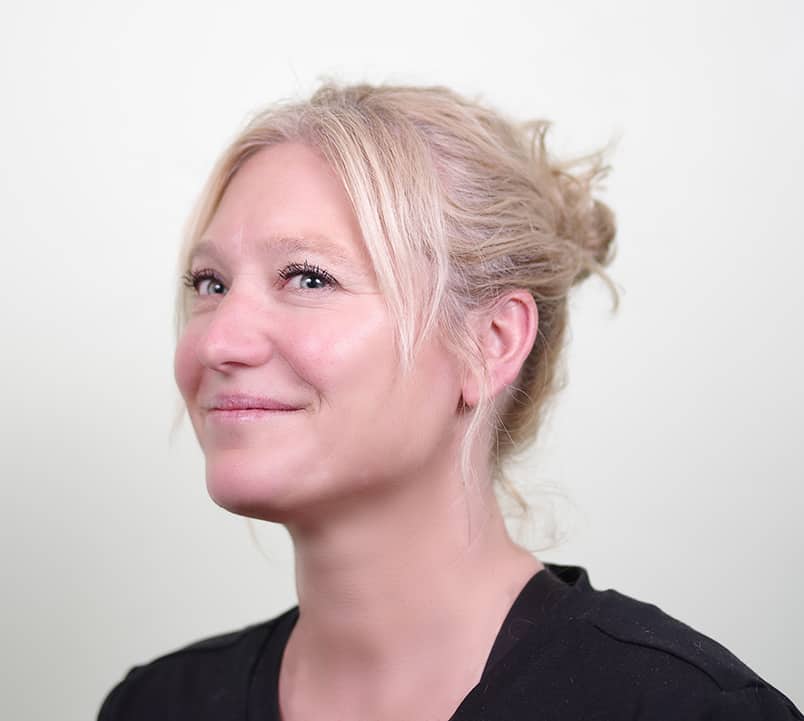 With two masters’ degrees in creative and non-fiction writing and more than a decade of experience as a features writer and editor, Jennifer finds herself at home telling other people’s stories. Her work has won numerous national news awards and has appeared in Wyoming Tribune Eagle, Jackson Hole News & Guide, Cody Enterprise, High Plains Sentinel, Casper Tribune, Gillette Enterprise, Women in the Outdoors, Montana Living, and others. Currently, she is the managing editor for Nebraska Life magazine and loves history, traveling, and meeting new people.

My city friends have a hard time understanding my attachment to my chickens. They don’t understand that there’s no pet nearly as satisfying.

I love their prehistoric feet, and the way their nails click the pavement as they run behind me. I like the way they look running: broad-breasted and awkward, lumbering like drunk marines with their hands tied behind their backs. I love their legs, thin yet sturdy, abruptly ending at the bottom of their feathers like a pair of knee socks. And I particularly like the sounds they make. Each chicken has a distinct voice. One sounds like a grumpy old lady complaining about her tea going cold while the other is ethereal, buzzing like a space ship landing. Mainly, though, there’s nothing more flattering than a chicken flying up on your shoulder, or pecking your sleeve.

I’ve also found that chicken love is contagious. Frequently, I’ll look out my bedroom window in the morning and see my neighbor Gene, a retired farmer who once raised chickens for food, gazing into their cage and talking to them in a baby voice. When I come outside to talk to him, he tells me how cute they are and asks if he can feed them a few raisins. He reaches into the pocket of his one-piece mechanic-style jumpsuit and bends down on one knee.

“Come here, girls,” he calls, laughing as they peck the raisins out of his hands.

“I’ll be damned,” he says, standing up with a big smile. “I’ve never seen such spoiled chickens.”

Gene’s wife, Edith, comes outside with an ear of corn in her hand, which she thinks the chickens will enjoy.

“What are their names again?” she says.

When I remind her that their names are Yellow and Black, she squints at Black and shakes her head. 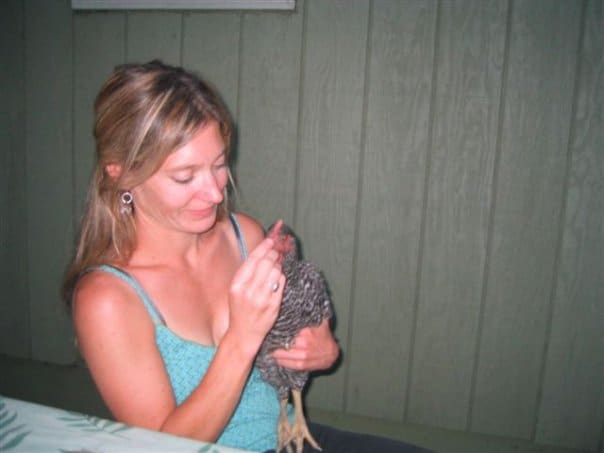