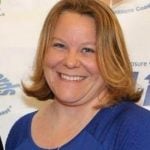 Writing has long been Jennifer’s favorite art form. After spending a good portion of her career working for and managing non-profit organizations, she decided to take a step back, live out her dream and become an author. Her first book, The Conscious Parent’s Guide to Positive Discipline was published in 2016. Jennifer now ghostwrites for organizations around the country. She is the mom to a daughter who is an aspiring playwright and a son who loves all animals. She also lives with a hyper dog, two cranky cats and a bearded dragon.

As a Story Terrace writer, Jennifer provides professional ghostwriting services to capture customers’ life stories through carefully crafted anecdotes. Below is an anecdote of her own. Get in touch today to work with her!

“Did you see that?” screamed Sarah.

We’d arrived in Paris the week before, bright-eyed and itching for adventure. It was the second semester of our sophomore year of college and we were beginning to cross that imaginary line between adolescence and adulthood, yet we still weren’t quite ready to be grownups.

The tiny creature ran under the bed and there was a knock at the door. The young man who stood outside was quite interested in my friend, and the feeling appeared to be mutual. For the past few days, he’d shoot smiles in her direction and find excuses to stop by the small student room that we shared.

He came in and she pointed with trembling fingers, “That’s what’s responsible for the plague you know.”

We spent the next few minutes negotiating our afternoon plans in broken French while she kept a close eye on the rodent situation. I could tell that her new friend was amused.

An hour or so later we all met at the elevator, which barely held the three of us, and pulled the door closed. To our horror, the young suitor pulled two frightened mice out of his pocket and dropped them at our feet, grinning at his cleverness.

Hearts pounding, we managed to make our way out of the moving box and to the stairwell.

She blurted out one final remark, “I’m never talking to him again.” 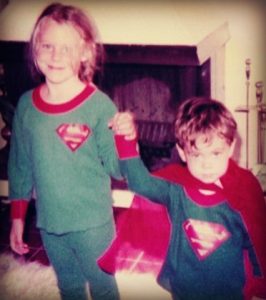