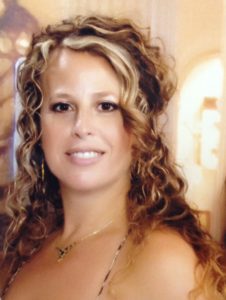 Metro Detroit Freelance Writer Jenifer DeBellis’s debut micro-memoir in verse, Blood Sisters, is now available from Main Street Rag (2018). She’s Pink Panther Magazine’s executive editor and directs the Detroit Writers’ Guild. She earned her MFA in Creative Writing from Solstice of Pine Manor College. A former writer-in-residence for the Meadow Brook Writing Project, she facilitates workshops for Oakland University’s MBWP Writing Camps. JDB teaches writing and literature for Saginaw Valley State University and Macomb Community College. When she’s not editing or writing for others, she sneaks in time for her own craft, which was nominated for a 2018 Pushcart Prize and appears in AWP’s Festival Writer, Good Men Project, Literary Orphans, Sliver of Stone, Solstice Literary Magazine, and other fine journals.

As a Story Terrace writer, Jenifer interviews customers and turns their life stories into books. Get to know her better by reading her autobiographical anecdote below.

On Top of the World

We climbed those trees until their branches no longer offered the next step up. Branches cracked underfoot. Bark crunched as it got stuck under fingernails. Our lofty friends stuttered moans. Wind blew our hair and loose clothing to life. Climbing was our brand of fun. The sounds from these heights, our adventure soundtrack. The sights, our private world.

My pulse drummed as I climbed higher than I knew I should. I’d throw my head back in rebellious delight whenever I made it so high the tree swayed in unhealthy ways—ways that had the arms of my make-believe security net testing its breaking point.

I had a favorite tree. I could scale it with my eyes closed, not that I’d dream of missing the view while I climbed into the sky. I reached its farthest point faster than any of the other kids. And made it back down even faster. I’d let go, sifting branches and grabbing them just after my foot had grazed them. Failure wasn’t a thought. I was invincible. Nothing could stop me.

One autumn afternoon, a few of us thrill-seekers showed up to our favorite wooded area. “What the—” I stopped and dropped to my knees. A yellow metal monster ripped up the roots of the last of our woodland friends, my tree among those leveled.

Our prized playground was now a graveyard, a slaughtered battlefield without survivors. The downed trunks glared back at us as we viewed the mangled scene in slack-jawed silence.

“Go on!” the crewman shouted. He set the backhoe bucket down and killed the engine. “Git out,” he said, pointing toward the newly staked No Trespassing sign.

“And don’t come back,” a guy wielding a chainsaw yelled at our backs as we shuffled away, our heads bowed in defeat, our hearts deflated.

But they knew we’d be back. They left our treehouse fully intact on the ground. A treehouse on the ground? Didn’t they understand those trees were our friends, or that the best part of a treehouse was hanging out in the sky?

No. These men who tore things down didn’t understand that to climb was to live. They didn’t understand our need to reach that place of absolute freedom. Or maybe they forgot, forgot there were places where fear and failure weren’t a thought. Places where—if you concentrated hard enough—you could see the ends of the earth. 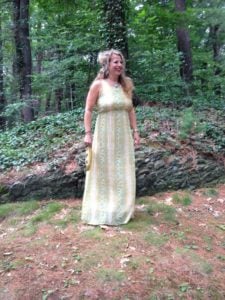 Get in touch today to work with Jenifer!