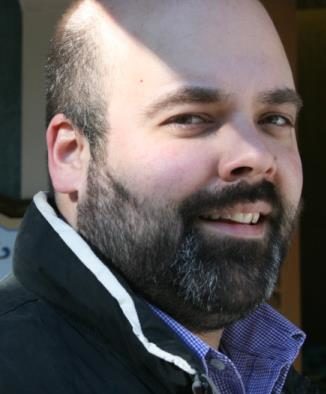 Jeffrey is a full-time freelance ghostwriter, published author, and world traveler. He has written books for entrepreneurs, thought leaders, subject matter experts, and interesting people from a wide variety of backgrounds, helping them to share their stories and expertise. His travels have taken him to far-flung places like London, England; Almaty, Kazakhstan; Niagara Falls, Canada; La Plata, Argentina; Juarez, Mexico; Punta Gorda, Belize, and, yes, Disney World. As a single father, he likes sharing these experiences with his children. A graduate of the Creative Writing program at the University of Arkansas, he is also a regular speaker at area schools, teaching interactive writing workshops to junior high and high school students.

As a Story Terrace writer, Jeffrey interviews customers and turns their life stories into books. Get to know him better by reading his autobiographical anecdote below.

A Christmas of Rubber Cement

It was the rubber cement that gave him away.

All my brothers and I wanted for Christmas in 1983 was an Atari 600XL computer—a model that is rarely remembered these days. It was a good financial year for my father, so he was especially generous that Christmas. He bought us the computer along with a number of cartridges, wrapped them in the neat way that only an engineer could, and placed them under the tree.

They sat there for weeks taunting us. We tried to calculate the size of the biggest wrapped package. Was it the right shape and size to be an Atari 600? We picked it up and shook it. While it seemed heavy enough, it didn’t move around inside the package.

My dad noticed us examining it one night, and being the clever—and slightly ornery—fellow that he was, he decided to play a little joke on us. After we went to bed that night, he found an old box for a microwave oven in the garage, and he set the wrapped computer on the dining room table. The thought of his sons opening their gift on Christmas morning and believing, if only for a second, that they’d received a microwave oven instead of their cherished Atari amused him to no end.

As he began to unwrap the computer, he noticed something odd. The Scotch tape holding the paper together had been neatly sliced through, as if with an X-Acto knife, then the seams had been resealed with rubber cement.

When he removed the paper, he found that the seal on the computer box had also been neatly sliced through, and inside, the clear plastic wrap around the computer had surgical incisions above the cartridge port, AC adapter port, and joystick port. My father marveled at the precision of the cuts.

“Boys,” he shouted, summoning us from our rooms.

When we walked into the dining room, we saw him standing there, an Atari 600 on the table in front of him. After about three seconds of astonishment (was he giving us an early Christmas present?), we noticed the look on his face.

“Someone explain this,” he said, pointing to the cuts in the clear plastic.

“I did it,” he admitted, ducking his head. “When I was home sick from school last week. I hooked it up to the TV in the den and played video games for hours, then put it all back together.”

“With rubber cement,” my dad noted.

“You used up all the tape,” my older brother said. “Rubber cement was all I could find. Sorry, I couldn’t help myself. I just knew it was an Atari. I had to try it out.”

My father nodded, looking at us gravely. “Well, boy, I hope you understand, I’ll have to take it back to the store. I can’t give you a gift that you’ve already opened.”

The tears began immediately. My younger brother and I sobbed, yelled at our older brother, and stormed out of the room. Christmas was ruined! All of the apologies in the world couldn’t make it any better.

Christmas morning came all too soon, and as we walked into the living room, we saw that the Atari-shaped box was gone. In its place was a brand-new present, definitely not the size and shape of an Atari 600XL.

Somewhat reluctantly, we gathered around the new gift and sullenly removed the wrapping paper.

A microwave oven? Our father had gotten us a microwave oven? It seemed like a cruel joke. We glanced at him, wounded that he would taunt us, but he gestured for us to open the box.

“Why so disappointed, boys? Open it up.”

We grabbed the flaps of the box lid and ripped them open. We peered inside, and there, nestled on some packing peanuts at the bottom was…not a microwave oven.

It was the Atari 600XL, still with the surgical incision across the seal. 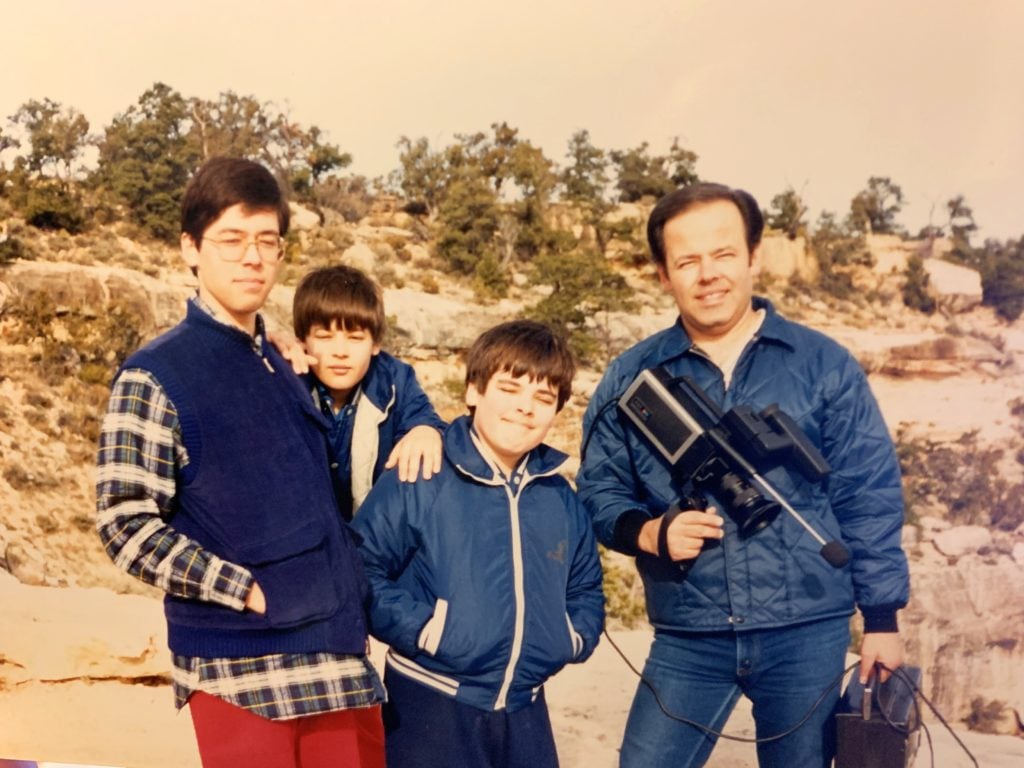 Get in touch today to work with Jeffrey!