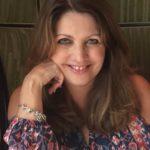 Helayne has a life-long passion for writing and achieved a Bachelor of Arts degree in Communications from the University of Miami in Florida. A seasoned journalist experienced in print, publishing and broadcasting, she was the Senior Writer of the CBS Worldwide Distribution syndicated Mr. Food Television News segment. As a freelancer, one of her favorite assignments was writing multiple online family biographies. She believes one of the greatest gifts we can give our descendants is the everlasting story of where they came from.

As a StoryTerrace writer, Helayne interviews customers and turns their life stories into books. Get to know her better by reading her autobiographical anecdote below.

Music To My Ears

I’m not quite sure if having a unique name is a blessing or a curse. It certainly isn’t music to my ears to hear it mispronounced, and spending most of my life reluctantly correcting people about it. Amusingly, I feel bad if someone gets it wrong. It isn’t Helene or Helen or Elaine or Helena –it is Helayne.

Incredibly my “first” birth certificate was crossed out. My name was originally spelled the French way with an accent on the second “e” – but apparently my folks realized no one knew how to say it. So, they went the phonetic way. They sent a letter to the doctor who delivered me and had a new birth certificate issued. Unfortunately, it didn’t help. So, I deal with it with a smile, but never asked how it came about to be chosen.

Well I wouldn’t have guessed that since I have always been intrigued by my family history, one of the most amazing discoveries I would make was about the origin of my name.

After my Dad passed away, I had bought my mom a Mother’s Day gift of a memory box that contained pages for written recollections and an audio cassette (yes it was a while ago) for her to work on sharing their life story with us.

My teenage daughter volunteered to do the audio interview – out of my earshot. They were saved in the box along with many handwritten notes my mom had begun to write. Sadly, she passed away unexpectedly before finishing it. It was a few months after that time that I opened the box to see what she had left for us. Reading her words and hearing her stories was truly priceless for me. This was music to my ears for sure.

I discovered that they chose my first name because a popular comedian of their day, named Red Buttons had a French wife whose name was “Helayne,” and they liked it. I don’t know why they tried spelling it “Heléne” and hoped it would be pronounced her way; but the mystery had now been solved for me.

Thanks to our family history project, this fascinating story revealed itself. I wonder what other secrets I never uncovered, and only wish my dear mom had more years to have finished writing that cherished memory book. 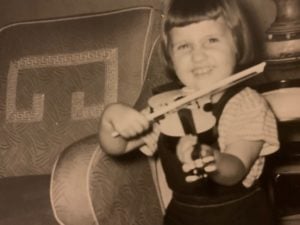 Get in touch today to work with Helayne!