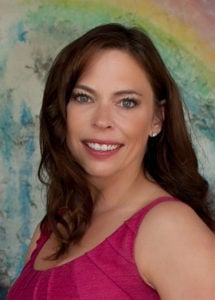 Heide is an award-winning journalist and editor with more than eighteen years of experience. She regularly contributes to numerous state, regional, and national publications, and has been published in Forbes, Silicon66, The Guardian UK, The Wall Street Journal, The Washington Post, Destinations Travel Magazine, New York Daily News, the New York Times, and more. Additionally, she is the Oklahoma correspondent for Reuters News Service. Heide is an avid traveler, medieval warrior, hiker, and professional belly dancer and instructor in Oklahoma City.

As a Story Terrace writer, Heide interviews customers and turns their life stories into books. Get to know her better by reading her autobiographical anecdote below.

I looked up at Opa, my grandfather from Germany, who grinned down at me as I sat in the grass eating slice after slice of watermelon. His round, full red nose caught the edge of the afternoon sun under the smart hat with its tiny green feather tucked in the side that he always wore.

I didn’t understand the word “watermelon” in the German language at first. My brother and I had both been taking German lessons to prepare for this trip to visit my father’s family in northern Germany; and at age six, I was almost fluent in the language, despite not knowing all of the common words. However, I knew enough to figure out he was speaking about watermelons though.

“Did you swallow the seeds?” Opa asked, his voice suddenly serious. Although he was still smiling, by the tone of his voice, I knew the question was an important one.

“Yes, Opa,” I said, pausing in my watermelon-eating frenzy.

“Oh, well then,” he said slowly and sagely. “You must not drink any water then, because a watermelon plant will grow from your belly and out your nose.”

I was horrified. I had swallowed several of the little black seeds, so that must mean that dozens of watermelon plants would start growing out of my face. I threw down the watermelon and ran away from the group, tears of fear running down my face.

Two days later, my father forced me to drink water. I hadn’t touched a drop of water, and only a little of the German soda, since Opa told me about the watermelon seeds. I was terrified. I dreamed of vines wiggling out of my nostrils and my belly button. I cried for days.

“He was only joking,” my father said, trying to console me. “It is impossible for a watermelon plant to grow inside you.”

Afterwards, when I was much older, I learned that an emergency family meeting was held to let everyone know that they could not tell little Heide these stories, because she would believe them. To this day, my father and brother still tease me about watermelon vines growing in my stomach, and some small part of me still believes it is true. 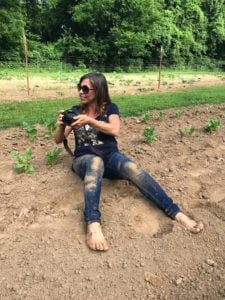 Get in touch today to work with Heide!