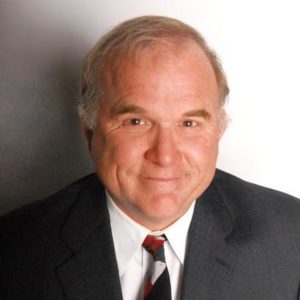 After fifteen years writing for newspapers and magazines, Harry wrote his first book, Help! Everyone is Staring at Me. In it, he uses his background as an award-winning radio talk show host and longtime teacher and professional speaker to give readers tips on overcoming the fear of public speaking. Harry followed that with the first book ever written on the late nineteenth-century endurance walkers called The Pedestriennes, America’s Forgotten Superstars. It’s won three national writing awards. Harry co-wrote a screenplay based on the book, which is now in the office of a major Hollywood director.

As a Story Terrace writer, Harry interviews customers and turns their life stories into books. Get to know him better by reading his autobiographical anecdote below.

My lungs burned; my legs battled to stay ahead of the pack that followed me. I’d been chased before; frequently on the playground and once by a crazed horse on our southern Indiana farm, but never like this. I could hear my eleven pursuers. Worse, I felt them. Just yards from my goal, one set of footsteps quickened. I gave all my remaining energy, but the legs were spent, my lungs deflated.

One athlete kept me from winning my first race, the one mile at the Arlington (TX) Relays.

That disappointment quickly passed. I clocked a 4:43, excellent considering that three months earlier, I’d been nothing more than a third-string guard on my high school’s JV basketball team. Adding to the surreal moment was my teammate, the defending district champion, took third.

That race proved a major transformation into adulthood. I’d spent five years languishing in youth sports. I played baseball, basketball, and a game for which I was ill-suited, football. I could never effectively hit a curveball, jump shot, or a linebacker. I never even experienced the joy of riding the bench on a championship team. Now at sixteen, in what was likely my last shot, I achieved athletic fulfillment.

I was presented with the first athletic award I’d won since a red ribbon in a first grade field day competition: a beautiful, maple-colored wooden plaque featuring a runner figurine and a plate that read: “Arlington Colt Relays Second Place Mile Run February 23, 1974.”

Beaming, I handed it to my coach.

“Why are you giving this to me?”

“Doesn’t this go to the school?”

I walked away thrilled and a little scared. I was certain someone would tap me on the shoulder, telling me I had to pay for it.

I was a distance runner, and I loved it. I would embrace the sport’s solitude and discipline required for success. I would compete in the state cross country championships and twice finish the Boston Marathon. Sure, I’d know disappointment. Just missing the Olympic Marathon Trials standard bothers me to this day. But I would benefit from it all.

As I walked across the Arlington High School infield, prize in hand, I realized that in less than five minutes, I’d wiped out years of athletic frustration.

I was hooked. And nearly five decades later, that relationship is still shaping my life. 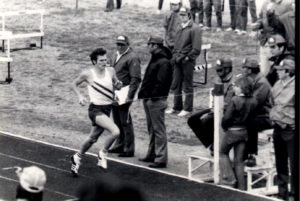 Get in touch today to work with Harry!