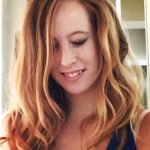 Gwyn has a BA in Cultural Anthropology from Washington University in St. Louis and an MFA in Creative Nonfiction Writing from Columbia University in New York, where she submitted a thesis on ecopoetics. She has helped write and edit more than 100 textbooks, biographies, and memoirs; volunteered in Peru, Thailand, and Morocco; and completed Spanish immersion programs in Guatemala and Spain. She was a writing mentor for The Prison Arts Coalition and has helped first-generation American college applicants write personal essays, earning acceptances to Ivy League universities.

As a Story Terrace writer, Gwyneth interviews customers and turns their life stories into books. Get to know her better by reading her autobiographical anecdote below.

When we were small, my brothers and I rode all the roller coasters at the Ozarks Empire Fair in Southwest Missouri. The Zipper, The Sizzler, the Gravitron. All designed to send you spinning through the summer night sky, lit with the colorful and whirling lights of the fairgrounds.

When I turned sixteen and started using a wheelchair, I was less able to board the roller coasters, so I put my trust in the more predictable and benevolent Ferris Wheel instead. But the romance of the roller coasters never left my system, and I longed for something more exhilarating. One year, we discovered The Vortex.

Unlike roller coasters, The Vortex promised a thrilling journey without the to-do of being strapped into a fast-paced machine. All you had to do was enter The Vortex – which appeared to just be a trailer parked in the grass – and walk through the interior. That sounded manageable enough, although unintimidating. The ticket collector warned us my wheelchair wouldn’t fit, so, as always when we encounter this sort of obstacle, my younger brother just picked me up and carried me.

Inside, we pushed through a curtain to reveal a bridge leading through a giant cylinder decorated with strobe lights. The cylinder surrounded the bridge and rotated in lazy circles while the lights flashed hectically overhead. Even now, this does not sound particularly impressive. We chuckled at ourselves and at The Vortex. It was little more than a dim-lit footbridge. This was going to be so easy!

But, like many others, we had underestimated the elusive Vortex, whose interior was artfully designed to strip away our sense of balance. The second we entered, we were so disoriented that we crumpled to the floor. The cylinder rotated relentlessly; the flashing lights confused our vision. It felt as though the world were slipping out from under us as we toppled toward the heavens. We could hardly see the bridge ahead, let alone one another.

Laughing too hard to speak, my brother struggled to stand upright and keep hold of me. I’d have liked to have been more cooperative, but I was fighting my own kinesthetic battle.

Instinctively, I grabbed the bridge rail. I thought it would ground me within the chaos. My brother, unaware that I was preventing us from moving forward, continued lurching ahead, then stumbling backwards.

We kept this up the whole length of the bridge, which could not have been longer than a school bus. Half-crawling, half-standing and falling down again, weeping in disoriented laughter, we eventually staggered out of The Vortex as though tumbling from outer space.

Outside, we collapsed on the ground. The grass was soft, the Earth forgiving. Cicada noises filled the air. We stared up at the Missouri sky, swirling with rainbow-colored lights and fireflies, and searched for some fixed point to stabilize us. But the sky kept spinning, and that’s how it always is. We are never not inside of something wild and bright and beautiful that keeps us steady. 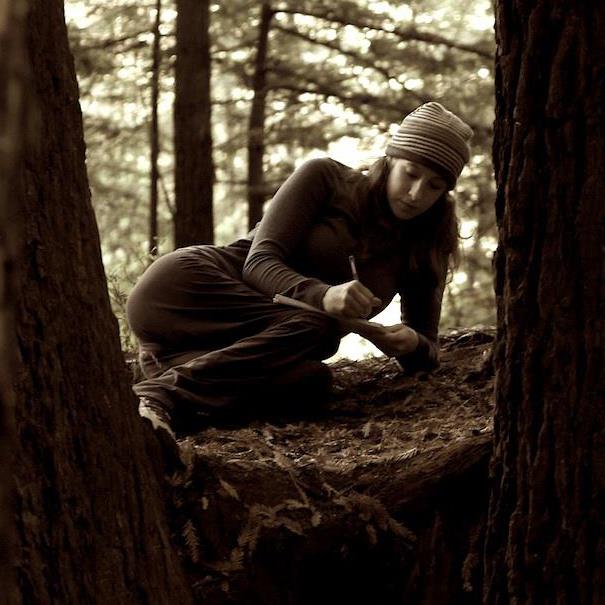 Get in touch today to work with Gwyneth!