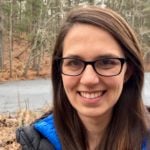 A Boston-based writer, Erin has a master’s degree in screenwriting and worked in film development for DreamWorks Studios and Paramount Pictures. A shift to nonprofit communications came after traveling and working as a tour guide in Southeast Asia, and she later earned an MA in international studies, focusing on advocacy and media. When she’s not writing or adventuring, she’s happiest hiking in the wilds of New England with her husband and two kids.

As a Story Terrace writer, Erin interviews customers and turns their life stories into books. Get to know her better by reading her autobiographical anecdote below.

It’s afternoon on the Mekong River. The sun is searing, but there’s a breeze blowing the curtains of the long, narrow houseboat as it makes its way up river. It sways gently back and forth, a perfect lulling that makes for the nap that beats all naps. I’ve just awoken from such a sleep, sprawled on a bench that used to be the middle seat of a minivan, my feet awkwardly resting on the floor so as not to offend the Lao family who lives on the boat. I’m still tired from a pre-dawn start to this journey but I get up to watch the hillsides tumble slowly by.

The hundred-or-so miles from Thailand to the French colonial town of Luang Prabang takes two days to complete, with little in the way of entertainment. The captain’s wife keeps us filled with sticky rice and vegetables, people play cards and take pictures of the lush, green scenery. We pass a small hamlet with a group of children, shirtless and deeply tanned, playing in the water. A couple of buffalo further down. Otherwise, it’s pristine. Untouched. It’s mesmerizing and deeply relaxing to just sit and watch the scene unfurl.

I’m about mid-way through an 18-month journey of my own. A year ago, I left my old, secure life to become a tour guide in a part of a world I knew absolutely nothing about. Each tour I lead a small group of people through four countries over 30 days — a fast-paced, intense, often grueling schedule. I have exactly two bags to my name, just enough money saved to travel around on my few days off between tours, and I have no idea what I’ll do with my life when this is all over. It’s as tiring as it is exhilarating, and the unknowns of the future have been weighing on me recently.

But for now, it’s just me and the quiet of this boat ride. Since health and safety codes aren’t really a thing in this part of the world, and because our captain is friendly, he lets me sit up front on the bow. It’s flat like a platform, and low to the water. I cross my legs, sit as far forward as I dare, and contemplate my Life Plan. But just then, as I’m meditating on the swirls of the water, I take flight. The sensation is electrifying, as though I’ve been swooped up into the air. I can no longer see the boat, only the rushing water, crisp, white clouds, and the brightest blue sky. But then it’s not just me flying: two, ten, then twenty dragonflies — bright fuchsia and orange — are all around me, hitching a ride on the current of wind. They’re keeping pace as though I’m in their little flying gang, just coursing down the river, same as any other dragonfly. I feel as light as a feather, or a small winged insect. 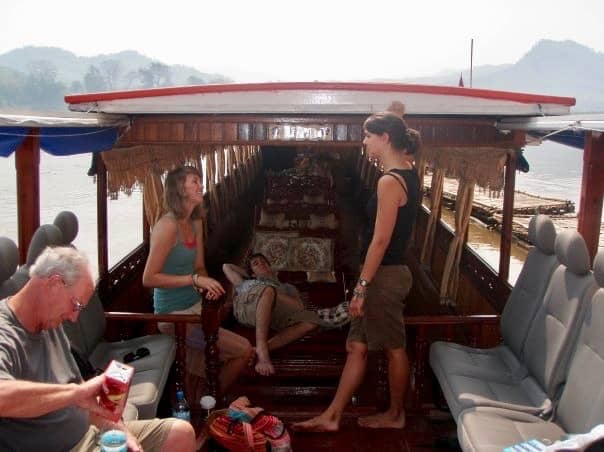 Get in touch today to work with Erin!