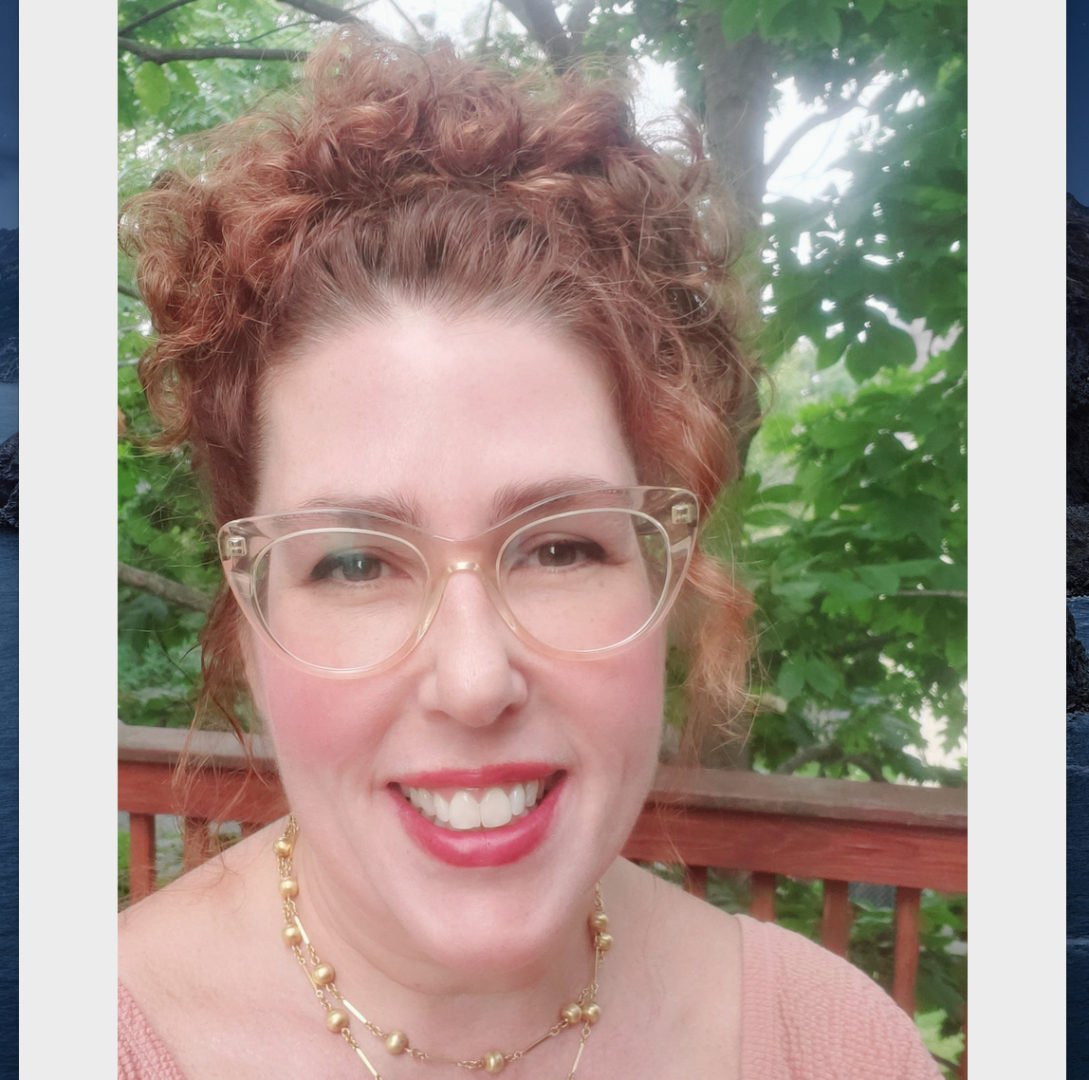 Erica began writing professionally after the loss of her young son in a swimming pool accident in 2010. Her writing showcases the power of humor, resilience, and honesty. Erica has successfully branched out into content writing covering healthcare, entertainment, parenting, and travel. Her work has appeared in Huffington Post, Scary Mommy, and Today Show Parenting Team. In 2018, she was chosen by Good Housekeeping Magazine to be included in their annual “50 at 50 Women” for the inspirational work she’s done through her blog Atop The Ferris Wheel. She listens with compassion and is a sponge for the beauty of human stories.

As a StoryTerrace writer, Erica interviews customers and turns their life stories into books. Get to know her better by reading her autobiographical anecdote below.

We thought we’d always be that couple. Ridiculously happy from the first date. Even before that, with endless phone conversations. He asked me to marry him twice before we’d even met. I told him the third time he asks, it had better be for real.

We met online. He wrote to me. I ignored him. Six months later, I wrote to him. He was angry I’d never answered him. And I accidentally insulted his mother in my first communication with him.

We met. Bright blue eyes met mine, relieved and smiling. This was it. I’d found him.

A few weeks later, he talked me onto a roller coaster. The souvenir photo I keep in my wallet shows us hanging on, white knuckled with our eyeglasses clenched in our fists, as the steep drop begins.

At the top of the Ferris wheel at that same amusement park, he told me he loved me for the first time. Looking out at the view from our little bucket seats, I was still crying when the ride was over.

We were married two years later in an outdoor ceremony on a May day that was too cold for an outdoor ceremony. My dress was named Chantilly. He had peacock feathers and a sprig of rosemary in his boutonnière. I had beaded flowers my mother had made in my bouquet.
I was thirty-nine years old.

In an anomaly of fertility statistics, Noah was born a year later.
On the day of the accident, the doctors and nurses were trying to hide their tears. One nurse ran from the room. That’s when I knew. Noah had quietly been pronounced. Noah died in a swimming pool accident that day. He was just shy of two.

Marriages end after a child dies. But if we couldn’t hold our marriage together, it would be another “death” we couldn’t bear. It was just us again. We’d lost our identities and our purpose. But if we lost each other too, we really would have lost it all.

Our grief became a part of our marriage. It was our third wheel. Sometimes we knew how to make conversation with it. Sometimes it was just awkward to have around. But we were gracious hosts. We didn’t have a choice.

That terrifying roller coaster drop captured in that photo was nowhere near as terrifying as this life we now had. I remember a lot of just being quiet in the beginning. It hurt to form the thoughts, then string the words together into a sentence, and even harder to push them out of our mouths. The sadness was crippling.

I pushed outward. My husband pulled inward. And when we met in the middle at home together, we were still that couple on the top of that Ferris Wheel. That couple in this photo, hanging on for dear life on our roller coaster ride…

Almost three years later, a daughter joined the ride. The photo will become her family crest. A reminder to just ride the ride. Because that’s simply what we do. 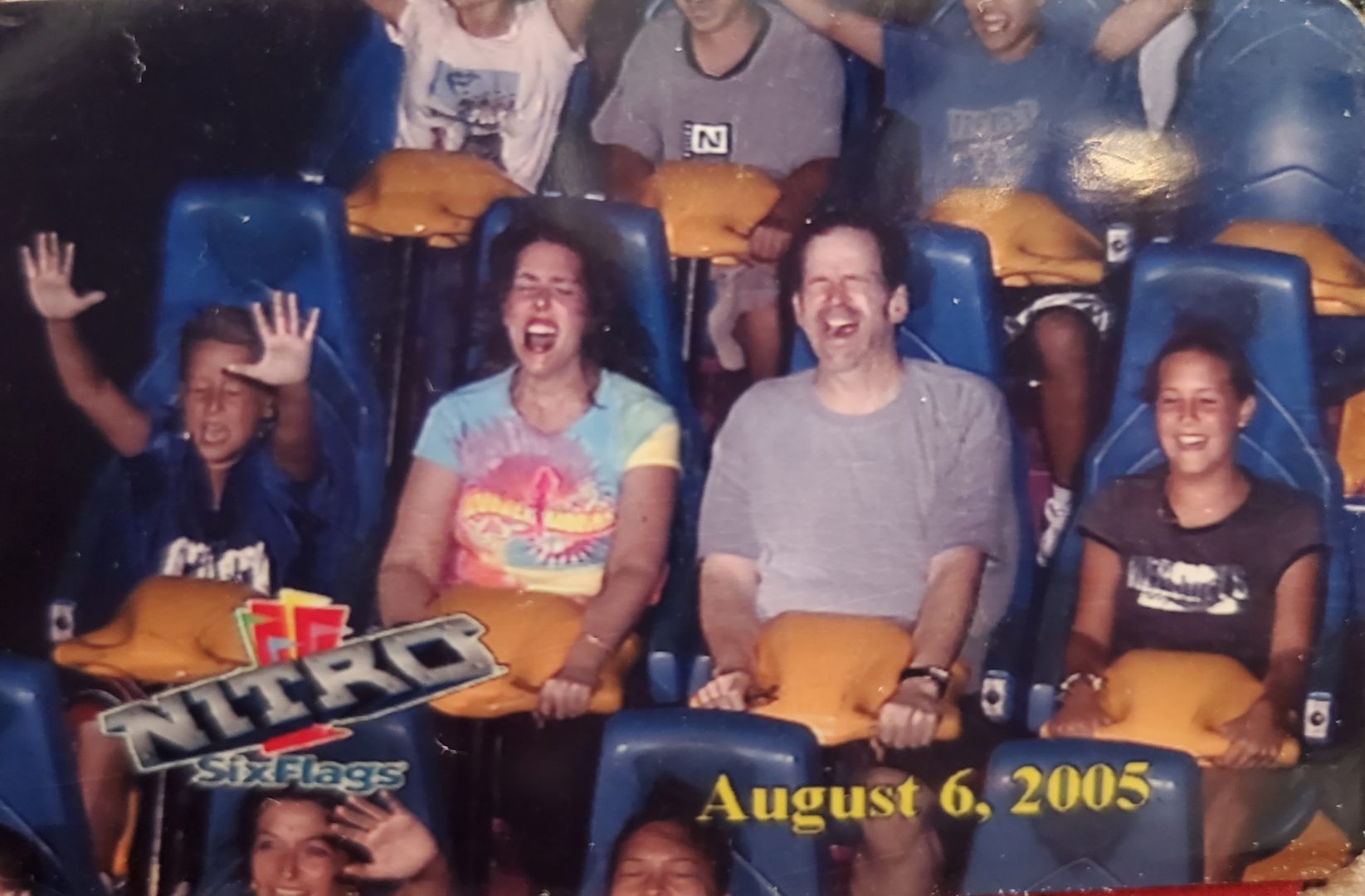 Get in touch today to work with Erica!