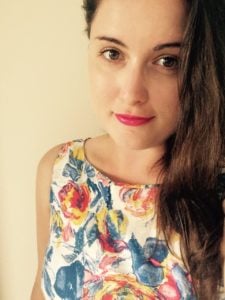 As a Story Terrace writer, Zoë provides professional ghostwriting services to capture customers’ life stories through carefully crafted anecdotes. Below is an anecdote of her own. Get in touch today to work with her!

“It’s Wednesday. So we should expect you folks back on… Monday evening?”

We nod. The ranger makes a note in his ledger. He glances uneasily at the kids, who are currently divebombing, fully-clothed, off the jetty and into the lake.

He clears his throat. “And you know that however far you go in, that’s how far you have to come out again?”

We haul bulging rucksacks into the bows of long red canoes, creaky with use and streaked in places where the paint’s come off. A week ago we were shielding our eyes from the lights in Toronto: citied, moving like a great, heaving anthill.

This is Algonquin: even the name sounds strange, ancient, multi-syllabled. It’s three thousand miles wide. The sun is strong, and we have five days of “interior camping” ahead of us. We’ll row, we’ll pitch the tents on spots around the park’s sprawling mass of rivers and lakes. We’ll pray that nobody gets sick. This all seemed such a lark in November, as we sat round a be-mapped, wine-strewn table in South London.

During the days, we strap on lifejackets and paddle out into the lakes. They’re all interconnected, and once or twice we spy someone waving from a bank. We clamber out of the boats when great, beaver-made fortresses prevent us from sailing through. Portage: the kids think it’s hilarious. A moose, unconcerned, is drinking slowly from the riverbank, its great tongue lapping the waves we’re making. One afternoon we’re walking and hear a familiar sound – the crack of a rattle. It’s a snake, peering at us, as beige as the sea of bracken nestling beneath it.

As the nights draw in, after cooking, we make sure to hang bags filled with the food we’ve brought from the tallest trees. One evening the rain comes down, heavy, and we rest a canoe against nearby trunks and try to cook sausages on the paraffin stove beneath. Water drums down: we listen for the howl of wolves, moving in packs through the darkness. Everyone agrees the purifying tablets, which we’re mixing with lake water for drinking, are disgusting. The travel shampoo, however, proves surprisingly decent.

Soaked, protesting maps inform us we’re on Canoe Lake, where the famous Canadian artist Tom Thomson found so much of his inspiration. The rangers said he drowned here in 1917 under mysterious circumstances. The forests are sombre, and seem to sigh as we pass.

On Monday we leave, driving through Highway 60 into the blueberry fields of southern Ontario, and turn into a rubbish dump. It’s dusk. A stained enamel bathtub leans against a tired, yellow tractor. From the other side of the woods surrounding us a black figure emerges, followed by another. The bear pauses, sniffs the air. We stand stock still as she assesses us, before nudging the cub back into the undergrowth. The kids are whooping, climbing all over the tractor in their excitement. They haven’t worn shoes in three weeks.